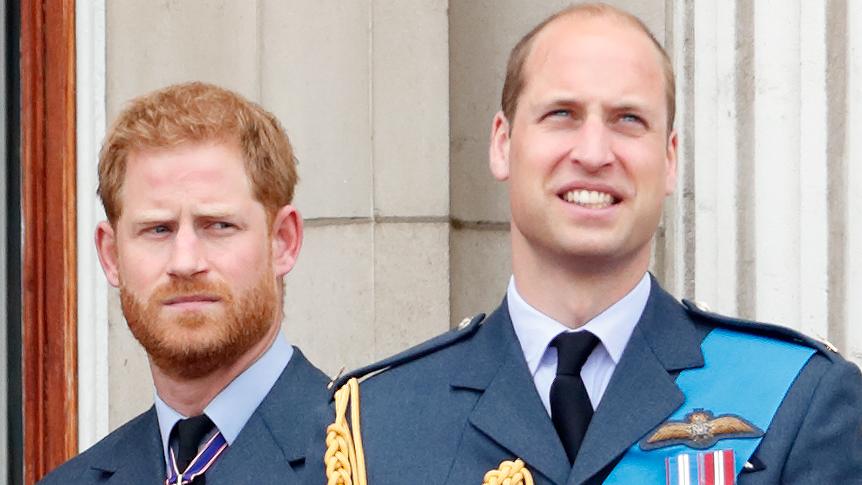 cnn– Princes William and Harry put aside their differences to appear together Thursday to unveil a statue honoring their mother, Diana, Princess of Wales, in the Sunken Garden of Kensington Palace.
The statue — which was originally commissioned in 2017 on the 20th anniversary of her death — was revealed at an afternoon ceremony on what would have been Diana’s 60th birthday.
Her sons put on a united front at Thursday’s event, entering the garden in conversation together before making their way over to greet their aunts and uncle — their mother’s siblings Lady Sarah McCorquodale, Lady Jane Fellowes and Earl Spencer. Also in attendance was the statue’s sculptor Ian Rank-Broadley, garden designer Pip Morrison as well as members of the statue committee.
The brothers then walked over to statue draped in a green covering before pulling away the cloth to reveal their mother’s image cast in bronze. The pair took a few moments with one of their aunts to admire the new installation before rejoining other guests. Neither the Duke of Cambridge nor the Duke of Sussex gave a speech during the ceremony.
William and Harry paid tribute to Diana in a joint statement released through Kensington Palace following the low-key event, saying: “Today, on what would have been our Mother’s 60th birthday, we remember her love, strength and character — qualities that made her a force for good around the world, changing countless lives for the better.
“Every day, we wish she were still with us, and our hope is that this statue will be seen forever as a symbol of her life and her legacy,” they continued before thanking the team and donors involved in the long-awaited project.
The highly anticipated engagement was the first time the brothers have been seen together publicly since the Duke of Edinburgh’s funeral in April. William and Harry lived at Kensington Palace with their mother before she died in a car crash in 1997.
While much has been made of the pair’s fractured relationship, the two seemed at ease during the event, warmly greeting guests and sharing jokes with the small group of attendees.
Kensington Palace said: “The figure of Diana, Princess of Wales is surrounded by three children who represent the universality and generational impact of The Princess’ work.
“The portrait and style of dress was based on the final period of her life as she gained confidence in her role as an ambassador for humanitarian causes and aims to convey her character and compassion,” the palace statement added.
An extract from the poem “The Measure of a Man” — which featured in the 2007 memorial service for the princess — is engraved on a paving stone in front of the statue.
Rank-Broadley, whose previous work with royals includes an effigy of the Queen on UK coins, called Diana “an icon who touched the lives of people right around the world.”
The artist said it was “a privilege” to collaborate with William and Harry on the piece, in which they aimed to “capture her warmth and humanity while showcasing the impact she had across generations.”

One of Diana’s favorite locations

The layout and planting scheme surrounding the new statue was drawn up by Morrison and produced by the Garden and Estates team at Historic Royal Palaces (HRP), a charity that manages several royal properties.
Morrison incorporated existing historic structures of the garden with deep flower borders and a generous lawn around the pool “to create a calmer and more reflective setting for the statue,” according to Kensington Palace.
Work began at the location back in October 2019 and since then five gardeners have spent a total of 1,000 hours working on the space.
More than 4,000 flowers were selected for the project including some which were known to be favorites of Diana such as forget-me-nots, as well as spring and summer blooms in various pastel hues such as tulips, dahlias and lavender plants.
Ahead of the unveiling, Morrison said in a Kensington Palace statement that “this has been a very special project to work on, as the Sunken Garden was a favourite place of Diana, Princess of Wales.” He added that the team focused on a creating a space that would flatter the new artwork and provide a calming space for visitors.
Graham Dillamore, HRP deputy head of gardens and estates, said in the same statement that Diana “regularly admired the changing floral displays in the Sunken Garden” and often stopped to talk with the gardeners who cared for it.
“Over three decades later, I’m honoured to have been part of the team preparing the garden for the installation of this statue,” he continued, adding “I hope that visitors to the palace and gardens will enjoy its peaceful setting, and take a moment to reflect on the life and legacy of the Princess.”

Returning to the gardens of their childhood home was a poignant moment for the brothers and came at a time when the royal family is under intense pressure.
A possible estrangement between the two had been speculated on in the media for years but Harry finally confirmed their relationship had diverged in a 2019 documentary. “We are certainly on different paths at the moment,” Harry said, adding: “But I will always be there for him, and as I know he will always be there for me.”
In the years since the statue was commissioned and Harry’s candid confession, their fractured relationship has only deteriorated further. Harry has married and started a family with wife Meghan. The brothers then split up their joint Royal Foundation. And the Sussexes have since opted to relocate to a different continent to escape the endless media intrusion they say they faced, as well as their experience of racism within the royal family and a lack of support from the royal household.
Things do not seem to have improved between the brothers and the wider royal family in the wake of the Sussexes’ explosive interview with Oprah Winfrey in March.
In a subsequent podcast appearance, Harry spoke further about his royal upbringing describing it as a cycle of “pain and suffering” before appearing to disparage his father’s parenting efforts.

Where’s the Queen this week?

A return to UK soil will likely be trying for Harry who recently disclosed in his AppleTV+ series that London was previously a mental health “trigger” for him following his mother’s death.
But he has been keeping busy since touching down in the British capital late last week. The United States is on the UK’s “amber” list meaning that he had to quarantine on arrival and complete a series of negative Covid-19 tests to release himself.
Once cleared, Harry made a beeline to surprise sick children with an appearance at the WellChild Awards — a charity of which he is a patron — in Kew Gardens in west London on Wednesday. Before that, while self-isolating at his Frogmore Cottage residence in Windsor, Harry sent a video message to recipients of this year’s Diana Award, an organization that prioritizes young people and change.
Car given to Princess Diana from Prince Charles sells for $72,000
Meghan, Duchess of Sussex, was not at the event Thursday and has instead remained in California after giving birth to the couple’s second child Lilibet ‘Lili’ Diana Mountbatten-Windsor just a few weeks ago.
Lili is named after her great-grandmother, Queen Elizabeth, whose childhood nickname was Lilibet, while her middle name, Diana, was chosen to honor her grandmother, the couple said in a statement. Baby Lili is a sister for the couple’s 2-year-old son, Archie Harrison.
Meanwhile, it’s also been a busy few days for William who started the week in Scotland accompanying the Queen for a series of events. The 95-year-old sovereign traditionally assumes a week of engagements in the country towards the end of June or early July each year to celebrate Scottish community, innovation and history.
On Tuesday, the Duke of Cambridge — who is president of the English Football Association — joined thousands of England football fans, including his wife Catherine and son Prince George, at Wembley Stadium to watch the country’s stunning Euro 2020 victory over Germany.
The garden and the new statue of Diana will be free to view during Historic Royal Palaces opening hours.
The Sunken Garden was created in 1908 at the instigation of King Edward VII, in an area of the palace gardens previously occupied by potting sheds and greenhouses. The layout of the garden takes inspiration from the 17th century Dutch style Pond Garden at Hampton Court Palace. 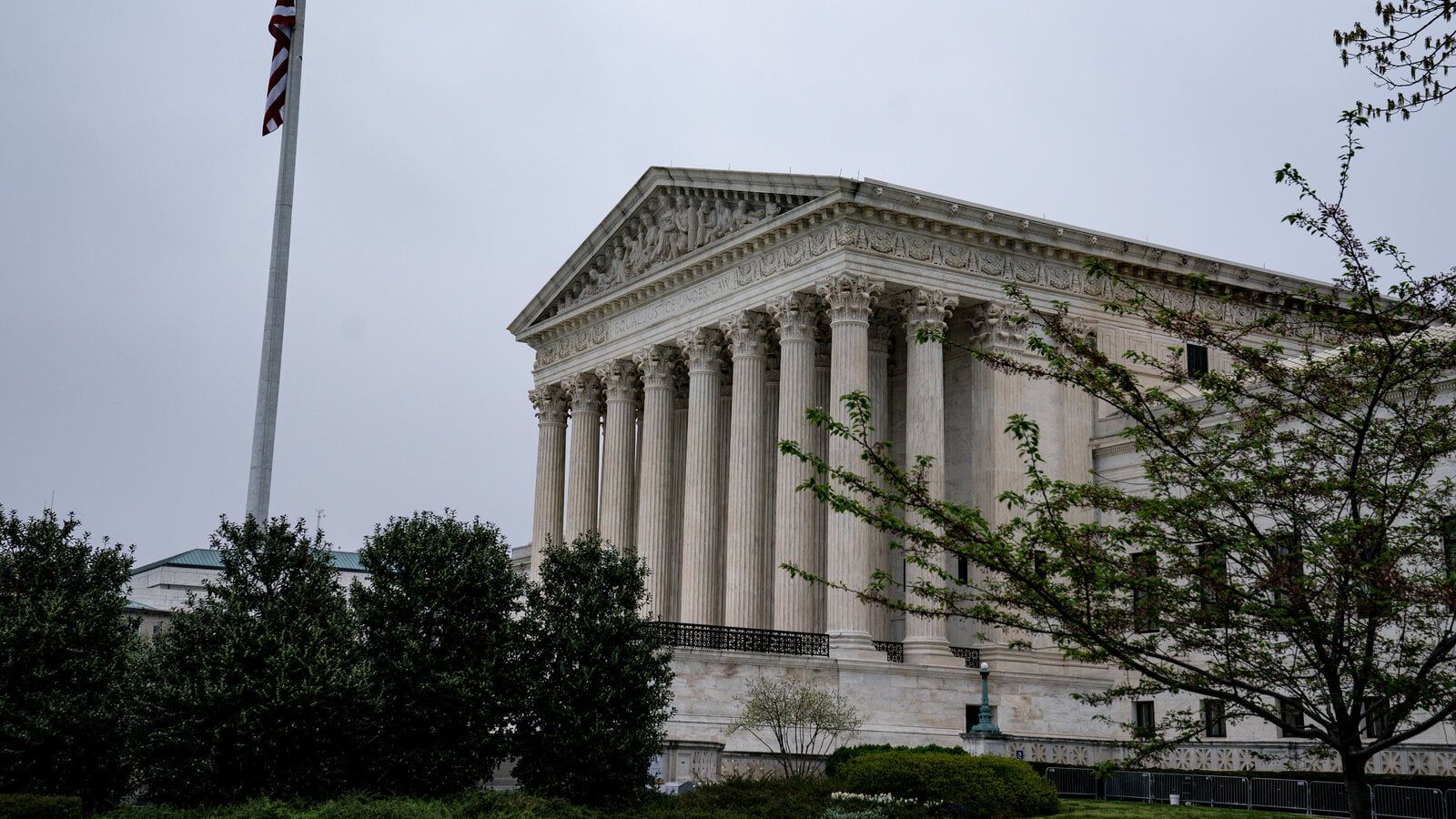 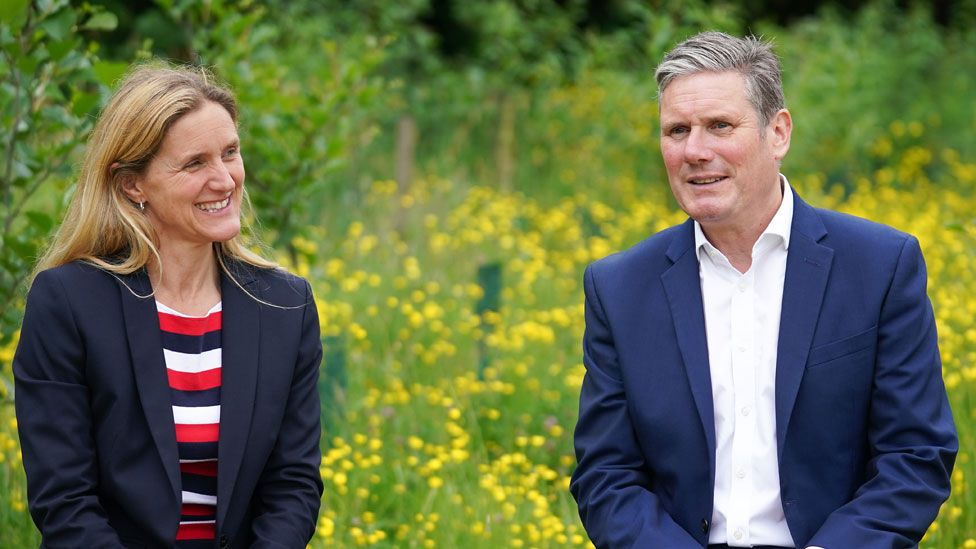 Next post Batley and Spen: Labour is back after by-election win, says Starmer