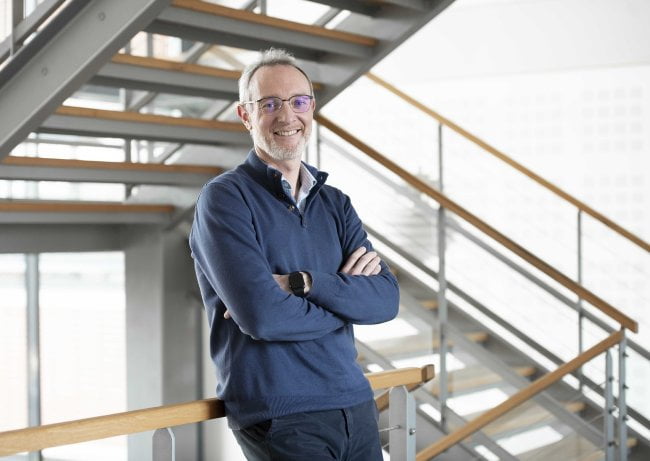 Acapela, a company whose teams are located in Labège, has specialized in voice synthesis for twenty years. Its solution Elle has just won an award at CES in Las Vegas, one of the world’s biggest shows dedicated to Tech.

A voice that matters internationally. Acapela, a company from Labège specializing in voice synthesis which already generates 90% of its turnover from exports, took the spotlight at the last Consumer Electronic Show (CES) in Las Vegas. Its My own voice solution won a prize at this show, one of the biggest world events dedicated to Tech.

Acapela’s innovation is aimed at people who suffer from pathologies that can ultimately deprive them of speech (Charcot’s disease), throat cancer, etc.). Thanks to the use of AI, their voice is digitally recreated and can be used by the patient to communicate, especially with loved ones. It’s not the first time the company has innovated in the area of accessibility, but My own voice goes much further and has only continued to improve since its launch eight years ago.

“During our first experiments in 2015, it took several hours of recording for the patient and we ended up with an average result. Now, about fifteen sentences recorded on a simple computer with our software are enough. It only takes a few hours afterwards to create a very similar synthetic voice,” says Rémy Cadic, director of Acapela. But for the result to be convincing, “the patient must come shortly after the diagnosis has been made so that his voice is not yet too damaged”, warns the company manager.

Available in around twenty languages (French, English, Spanish, Italian, Arabic, German, Greek, Danish, Swedish, Finnish, etc.), the software is available for subscription (99 euros per year) or perpetual license ( 999 euros). This cost could be considered high by individuals who are not necessarily wealthy “but Acapela mainly targets hospitals or patient associations”, according to its leader. 3,000 people currently use the service, the objective being to reach 10,000 patients in 2024. And the transition to CES would have already made it possible “to multiply by three or four the opening of new accounts”.

At the moment, most of our users are in the United Kingdom or the United States, because many associations can buy such solutions more easily,” explains Rémy Cadic. The objective for him today is therefore to preach the good word in France and there is no shortage of arguments: “The voice is something very intimate, central to the personality. Our solution is important for patients but also for loved ones, who want to continue to hear those they love.

This article is originally published on touleco.fr Next post Smoke-Free Casino Scene in Las Vegas: What You Need to Know