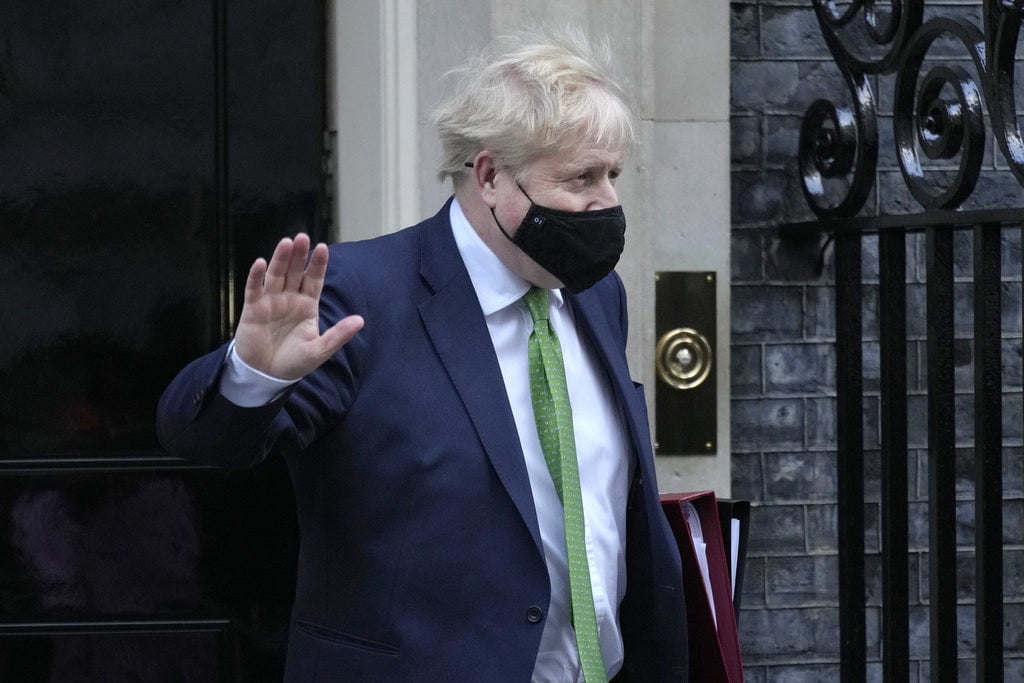 British Prime Minister Boris Johnson defied calls to resign in a feisty performance Wednesday in Parliament — but it may be too little to prevent a push by his Conservative Party’s lawmakers to oust him over a series of lockdown-flouting government parties.

Pressure on the prime minister grew as one Conservative lawmaker defected to the opposition Labour Party and a former Conservative Cabinet Minister told him: “In the name of God, go!”

The demand from former Brexit Secretary David Davis came during a combative Prime Minister’s Questions session in the House of Commons, where Johnson defended his government’s record in running the economy, fighting crime and dealing with the coronavirus pandemic.

The allegations that Johnson and his staff broke restrictions the government imposed on the country have helped the Labour Party open up a double-digit opinion poll lead on the Conservatives, but Johnson doesn’t have to face voters until the next general election, scheduled for 2024. His bigger danger is from his own Conservative Party, which has a history of ousting leaders once they become liabilities.

Conservatives are weighing whether to trigger a no-confidence vote in Johnson amid the public anger over the scandal dubbed “partygate” — a stunning reversal of fortune for a politician who just over two years ago led the Conservatives to their biggest election victory in almost 40 years.

Under Conservative Party rules, a no-confidence vote in the party’s leader can be triggered if 54 party lawmakers — 15% of the party’s House of Commons total — write letters to a party official demanding it.

If Johnson lost a confidence vote among the party’s 359 lawmakers, it would trigger a contest to replace him as Conservative leader. The winner would also become prime minister. If Johnson won the vote, he would be safe from a similar challenge for a year.

Johnson on Wednesday announced he was lifting mask mandates and most other coronavirus restrictions in England beginning next week, as he tried to change the subject and brush aside questions about the scandal.

“We delivered while they dithered,” he said of opposition politicians, several of whom told Johnson he was regarded by Britons as a charlatan, a hypocrite, a liar and “stupid.”

The Labour opposition was boosted by the defection to their ranks of Conservative lawmaker Christian Wakeford, who said the prime minister was “incapable of offering the leadership and government this country deserves.”

Johnson dismissed calls to quit, but his defiant performance was met with muted cheers on the Conservative side of the House of Commons.

So far, only a handful of Conservative members of Parliament have openly called for Johnson to resign, though several dozen are believed to have submitted letters, including some elected as part of a Johnson-led landslide in December 2019.

Conservative lawmaker Andrew Bridgen, who is calling for a change, said he thought the 54-letter threshold would be reached “this week,” setting the stage for a confidence vote within days.

Johnson apologized to lawmakers last week for attending a “bring your own booze” gathering in garden of his Downing Street offices in May 2020. At the time, people in Britain were barred from meeting more than one person outside their household to help curb the spread of COVID-19.

Johnson said he had considered the party a work gathering that fell within the rules.

“I’m absolutely categorical, nobody said to me, ‘This is an event that is against the rules,’” Johnson said Tuesday as he repeated his apologies.

Johnson told lawmakers that Gray’s report would be published next week, and urged his party to withhold judgment until then.

“It is for the inquiry to come forward with an explanation of what happened,” said Johnson, who held private meetings with Conservative lawmakers Wednesday to shore up his crumbling support.

“Now is the time to get behind the prime minister,” said Jake Berry, a Johnson ally. Jonathan Gullis, elected in 2019 to represent the formerly Labour-held seat of Stoke on Trent North, urged colleagues who had submitted letters seeking a no-confidence vote to withdraw them.

Gullis said he was backing Johnson because “he has a unique ability to engage with voters, especially in places like Stoke on Trent.”

But Johnson’s apologies — in which he acknowledged “misjudgments” but not personal rule-breaking — appear to have weakened, rather than strengthened, his position in the party. Even lawmakers who back Johnson say he would have to resign if he is found to have lied.

Experts say there is a good chance the investigation will neither exonerate him nor conclude he broke the law.

“I am angry, too,” Heappey told Times Radio, but added that “the prime minister has stood up at the dispatch box and set out his version of events and apologized profusely to the British public.”

“I choose to believe what the prime minister has said. But I know that that’s not good enough for many of my constituents,” he said. 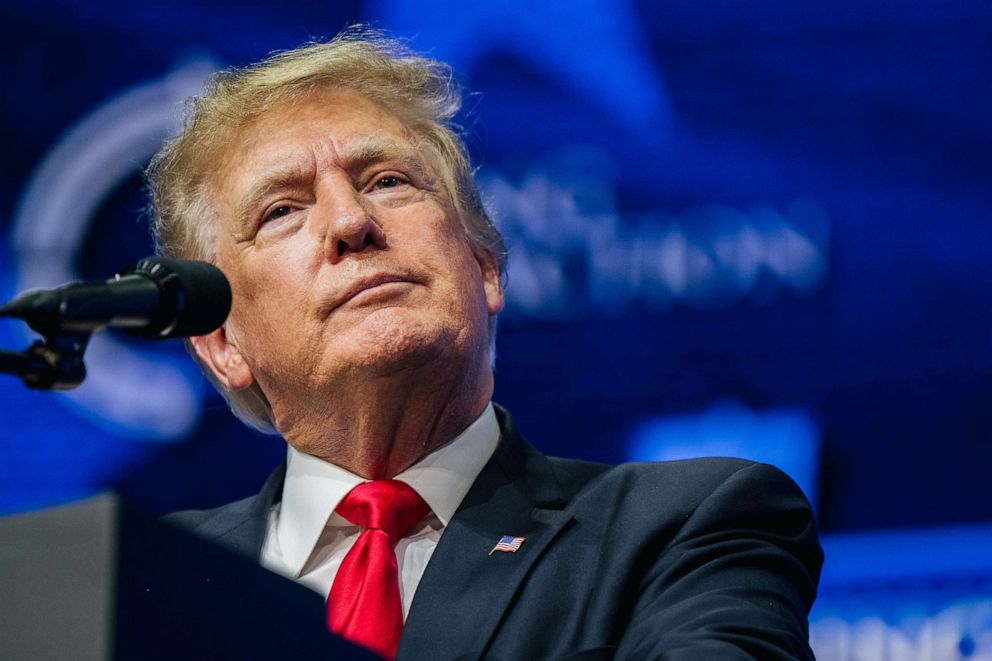 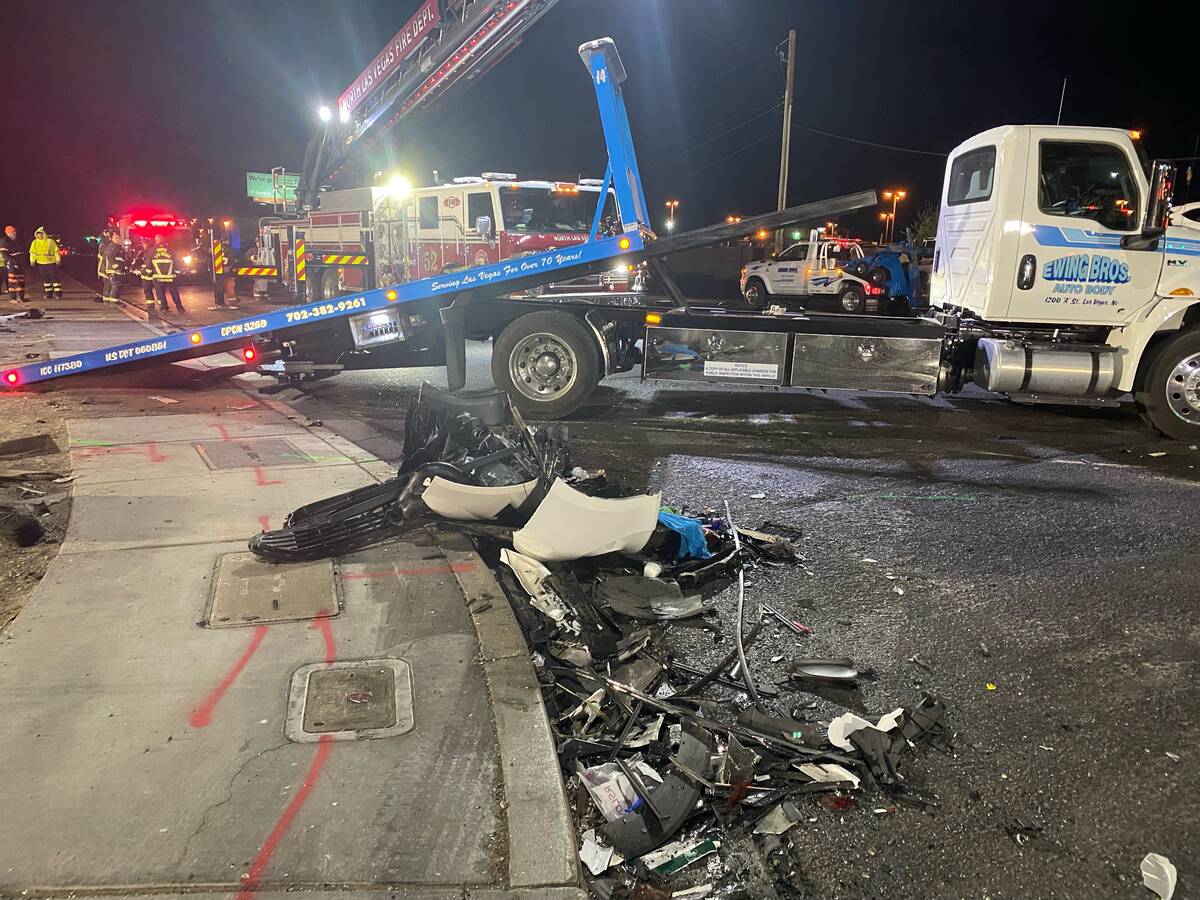