The last US military planes have left Afghanistan, marking the end of the United States’ longest war 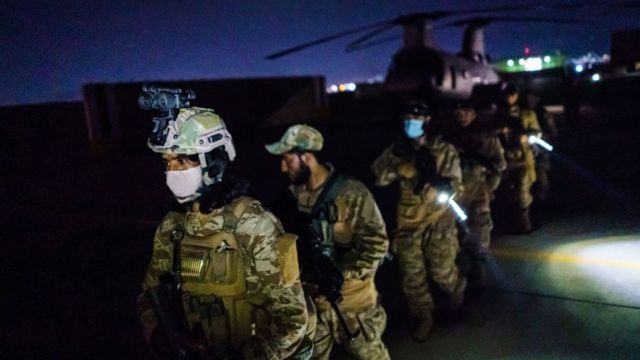 (CNN)The last US military planes have left Afghanistan, Gen. Frank McKenzie, the commander of US Central Command, announced Monday at the Pentagon. The US departure marks the end of a fraught, chaotic and bloody exit from the United States’ longest war.

“I’m here to announce the completion of our withdrawal from Afghanistan, and the end of the military mission to evacuate American citizens, third country nationals, and vulnerable Afghans,” McKenzie told reporters. “The last C-17 lifted off from Hamid Karzai International Airport on August 30th, this afternoon, at 3:29 p.m. East Coast time, and the last manned aircraft is now clearing the airspace above Afghanistan.”
“There’s a lot of heartbreak associated with this departure,” McKenzie said. “We did not get everybody out that we wanted to get out.”
President Joe Biden weighed in with a statement later on Monday and thanked the final US forces serving in Afghanistan for executing the “dangerous retrograde from Afghanistan as scheduled,” with no further loss of American lives.
“The past 17 days have seen our troops execute the largest airlift in US history, evacuating over 120,000 US citizens, citizens of our allies, and Afghan allies of the United States. They have done it with unmatched courage, professionalism, and resolve,” the President said in the statement. He said he will make an address about Afghanistan to the nation on Tuesday.
“Now, our 20-year military presence in Afghanistan has ended,” Biden said.
As of Monday, more than 122,000 people in total had been airlifted from Hamid Karzai International Airport since July, Pentagon spokesman John Kirby told reporters Monday morning.
Since August 14, the Pentagon deployed US Special Operations Forces to bring in 1,064 US citizens and 2,017 at risk Afghans or Special Immigrant Visa applicants, McKenzie said. “We have evacuated more than 6,000 US civilians, which we believe represents the vast majority of those who wanted to leave at this time,” he said.
There were no US citizens on the last five flights out of Kabul, McKenzie said, and no evacuees left at the airport when the last two US officials — Gen. Christopher Donohue and the embassy’s chargé d’affaires Ross Wilson — stepped off Afghan soil and onto the final US aircraft leaving Afghanistan.
With no US diplomats remaining in the country, a senior State Department official said that they expected the US Embassy in Kabul to suspend embassy operations but added “that doesn’t mean that we are suspending any commitments to American citizens in Afghanistan, to at risk Afghans, to the Afghan people.”

Secretary of State Antony Blinken said in Monday evening remarks that US work in Afghanistan is not over and that the Biden administration’s commitment to help Americans, US legal permanent residents and Afghans leave the country will continue.
“America’s work in Afghanistan continues, we have a plan for what’s next, we’re putting it into action,” Blinken said from the State Department. For now, he said, the US will move its diplomatic presence in Afghanistan to Doha, Qatar.
Blinken said the State Department will help Americans leave Afghanistan no matter when they make the decision to do so. “Our commitment to them, and to all Americans in Afghanistan, and everywhere in the world, continues,” he said.
The top US diplomat said that the US will also continue to help Afghans who worked with the US and want to leave as well.
Part of that effort, Blinken said, involves discussions now underway with US allies about ways to reopen Kabul airport as quickly as possible to facilitate safe travel out of Afghanistan for Americans, US legal permanent residents and Afghans who worked with the US.
Blinken, who held a virtual conference with other foreign ministers on Monday morning, said: “We discussed how we will work together to facilitate safe travel out of Afghanistan, including by reopening Kabul’s civilian airport soon as possible.”

“We very much appreciate the efforts of Qatar and Turkey, in particular, to make this happen,” Blinken added. “This would enable a small number of daily charter flights, which is a key for anyone who wants to depart from Afghanistan moving forward.”
The US withdrawal Monday marks the first time in nearly two decades that American troops have not been on the ground in Afghanistan. After $2 trillion in spending and nearly 2,000 US troops killed in action, the pullout also raises questions about the utility of a war that saw the service of parents and then their grown children.
Nearly 20 years after the US invaded Afghanistan to avenge the terror attacks of September 11, 2001, and strike at al Qaeda and the Taliban, which hosted Osama bin Laden, another American administration is leaving the country in the control of Taliban militants who still maintain close ties to al Qaeda and other terrorist organizations.
Even as Biden pulls the US from the country, Afghanistan looks likely to shadow him politically and engage him militarily — on Monday, White House officials said the President is continuing the hunt for terrorists in the country, telling his military commanders to “stop at nothing” to avenge the deaths of 13 US service members at Kabul airport last week.
The Americans who remain in Afghanistan may become another liability for the administration. A senior State Department official said the department believes there are fewer than 250 American citizens currently in Afghanistan who may still wish to leave, as US officials stressed a Taliban commitment to let Afghans leave the country after the US and allies’ withdrawal.
“We believe there’s still a small number who remain, and we’re trying to determine exactly how many,” the official told reporters Monday. “We are going through manifests of people who have departed, we are calling and texting and WhatsApping and emailing our lists, in an effort to have a more concrete figure regarding how many Americans may remain.”
In the 24 hours leading up to Monday morning, 26 military C-17 aircraft lifted off from Kabul carrying 1,200 evacuees, according to Gen. Hank Taylor, the deputy director of regional operations for the Joint Staff, who spoke alongside Kirby at a Pentagon briefing earlier Monday. In total, 28 flights departed from Kabul airport in that 24-hour window, Taylor said.
In the same 24-hour period, the US conducted a drone strike that killed multiple civilians, including children, the Kabul airport was targeted by rocket fire, and military officials continued to warn of active, specific threats to the evacuation effort.

The “threat stream is still real. It’s still active, and, in many cases, it’s still specific,” Kirby said at the Monday morning briefing when asked if another attack on the airport was still likely. Taylor added that military operations were continuing with a focus on the security of the US troops in Kabul, and the military would have capability to evacuate Afghans until the very end.
“We’re taking it very seriously and we will right up until the end,” Kirby said.
Along with the military exit, the US is pulling out all diplomatic representation, leaving open the question of whether it will formally recognize the Taliban as the rulers of Afghanistan.
The formal military and diplomatic “retrograde” is ending even as the US leaves behind Americans, some of whom did not want to leave and others who may have already left, according to State Department officials, as well as vulnerable Afghans who worked for the US military and now face possible Taliban retaliation.
That tragically unfinished business will become part of the broader political challenge that Biden faces as he enters the second half of his first year in office. As a devastating hurricane batters the South and the Covid-19 pandemic once again gains traction, Biden is also facing calls for an accounting of the Afghanistan withdrawal.
The airlift, which started as a seemingly haphazard and hastily organized effort, was scarred by the deaths of 13 service members last week and the death sentence hanging over Afghan translators who helped US troops and diplomats but were unable to escape the country. In addition, Biden’s decision to leave will be shadowed by questions about whether and how well the threat of terrorism emanating from Afghanistan has really been addressed.
The President has already committed to prolonging some US engagement with Afghanistan, telling his military commanders that they should “stop at nothing” to make ISIS pay for the service members’ deaths, Psaki said Monday.
“I can tell you that the President has made clear to his commanders that they should stop at nothing to make ISIS pay for the deaths of those American service members at the Kabul airport,” Psaki said at a White House press briefing.
Sunday’s drone strike, targeting a suspected car bomb headed to the airport, killed nine members of one family, including six children, according to a relative of those killed who spoke to a local journalist working with CNN. US Central Command, which oversees US military missions throughout the region, had said earlier they were assessing the possibilities of civilian casualties.
As the US presence drew to a close, Secretary of State Antony Blinken convened an international ministerial on Afghanistan, meeting virtually with members of the coalition present in Afghanistan and other allies and the United Nations Security Council met in New York.
The Security Council approved a resolution for creating a “safe passage” zone for people seeking to leave Afghan from Kabul airport after the US withdrawal from the country. The council is relying on the Taliban to secure a safe passage out for Afghans and foreign nationals seeking to leave the country, officials said.
This story has been updated with additional developments Monday. 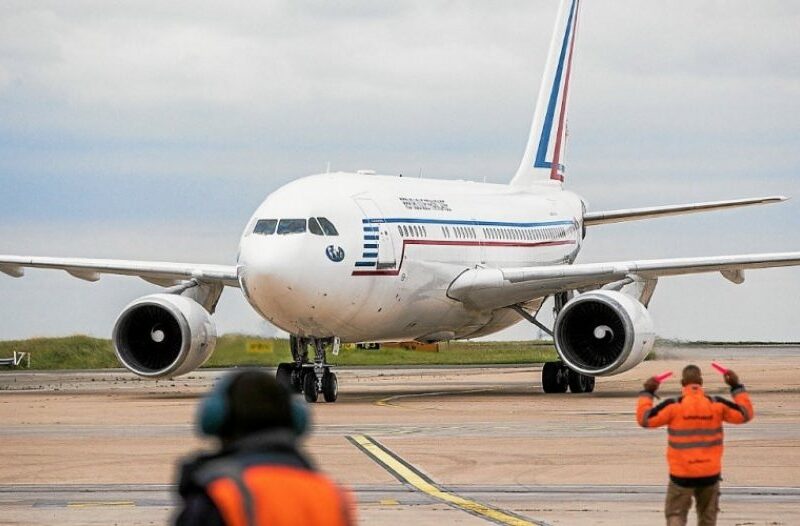 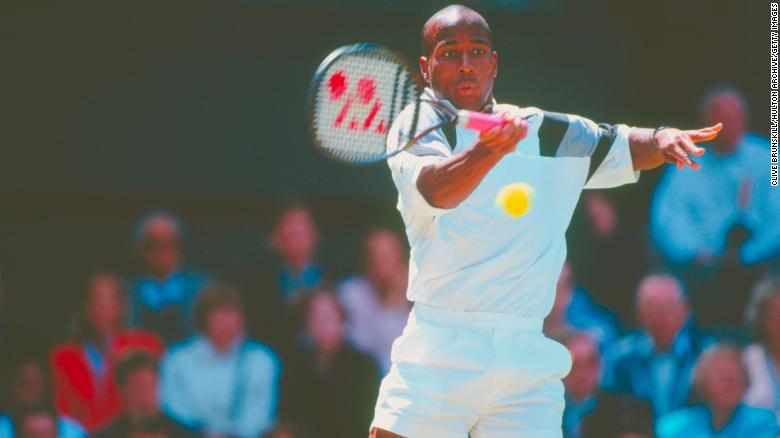