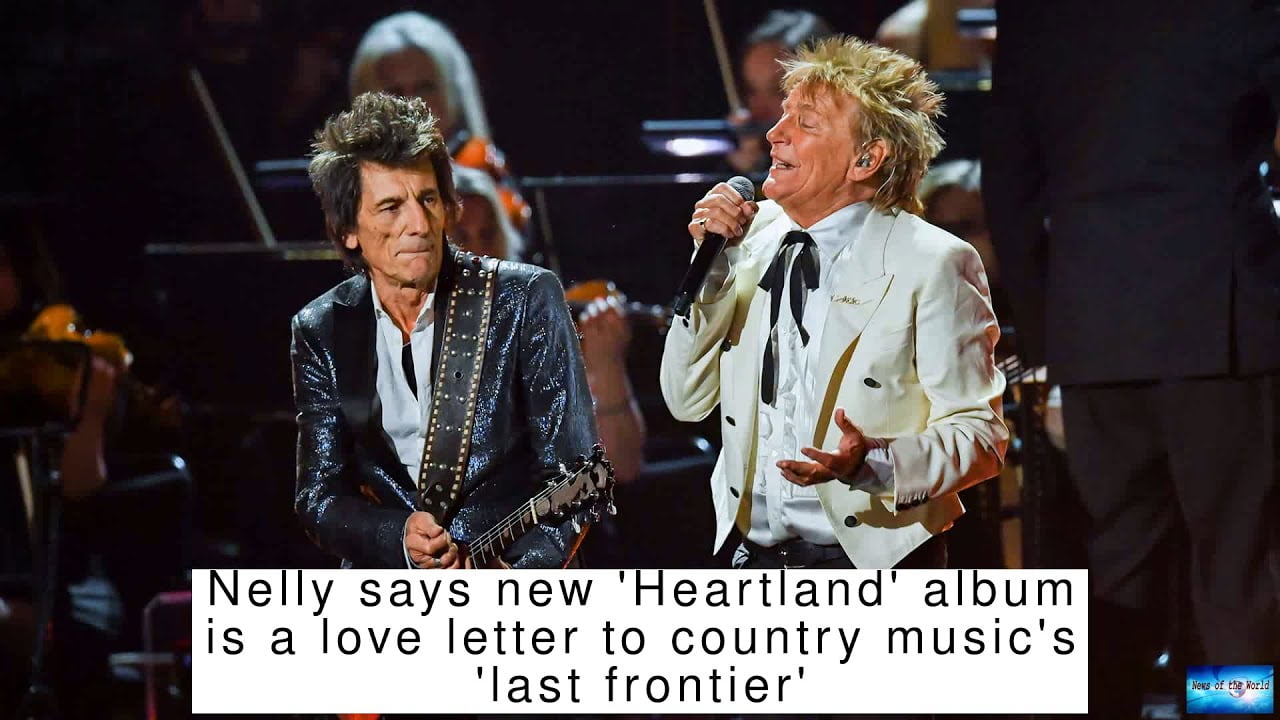 foxnews– Nelly is embarking on a country music journey that for many years he knew was an avenue he longed to explore, but simply never jumped right into out of respect for the genre as a whole.

The St. Louis rapper and “Real Husbands of Hollywood” actor, 46, who sharpened his irons in the realm of hip-hop and pop smashes, dipped his toes into country music way back in 2004. At the time, he enlisted one of its cornerstones, Tim McGraw, to croon the hook on “Over and Over,” a record that went on to reach No. 3 on the Billboard Hot 100.

Born Cornell Haynes Jr, Nelly quipped to Fox News he wasn’t at all sure how the country legend would react to being asked to hop on a soothing pop and R&B song sung by an emcee who wanted to try his hand at a different sound than what he was used to. The concoction of smooth serenading from Nelly mixed with McGraw’s rustic tone proved to be a recipe that some 17 years later, many fans of pop-era country music would love to appreciate.

Insert “Heartland,” Nelly’s first album in eight years, which he describes as “country-influenced.” The record will have the familiar sounds of blues, R&B and hip-hop –  but with a modern country twist thanks to a roster of features from the likes of Kane Brown, Darius Rucker, Blanco Brown, Breland and Florida Georgia Line (FGL).

As FGL fans know, the country duo and Nelly collaborated on the remix of “Cruise,” which peaked at No. 4 on the chart.

“My energy for this project comes from a place of showing my appreciation that the country world has shown Nelly since I’ve come into music, period,” he said. “Ever since I dropped ‘Country Grammar,’ I was getting booked at places where one day it might be somebody like Tim McGraw headlining and then I fly to another city and it’s freaking DMX headlining, you know what I mean? I hadn’t even done Tim McGraw ‘Over and Over’ yet. I hadn’t even done that.”

“Like we were getting booked – we were doing shows at rodeos, country festivals and things like that. And it was just amazing,” he continued. “It was just like, ‘Wow – I get it now, I’m starting to see things.’ And this album was basically dedicated to the whole country world in the sense of I truly appreciate all the energy that the country fans, the country artists, country radio, country world has given Nelly.”

In addition to “Heartland,” Nelly spoke about how he got his musical start, country music as a whole and more.

Fox News: It’s been eight years since your last album. What was the dynamic like when you’re laying down these records with the likes of Kane Brown, Blanco Brown and Darius Rucker?

Nelly: You know, we just go into it. I don’t think you’re going into it saying that I’m going to do this genre of music. The only time that I kind of looked and feel like I’m going to get in a certain mode is if I’m writing for somebody else because I know that that artist is in a genre.

BLANCO BROWN ON ‘THE GIT UP’ BECOMING A VIRAL HIT: ‘I FEEL LIKE IT’LL BE AROUND FOREVER’

If I’m writing for an R&B artist, then I would typically try to be cognizant of it but what I’ve also found is that great lyrics transcend. So, you know, nine times out of ten, the only thing that is different is the beat – the tempo and the sounds and certain things that you use in that beat – which I’ve learned from one of the greatest writers, if not one of the greatest songwriters of all time, Lionel Richie, which is how I got turned on to country music. I got turned on to country music, through Lionel Richie – through somebody who wasn’t even country.

Because my uncles and my father and them – my uncle truly, he was the one that got me into music in the beginning. And he got me into music singing old Jackson Five records and things like that. And my uncle used to think he was Lionel Richie. He was a huge Commodores fan – he had the hair, he sang like Lionel, he used to play the keyboard and things like that. And he turned me on to all things Lionel Richie and he made it a point that I understood not just what that man was doing, producing and being an artist, but his pen and where his pen was going with.

That’s how I got turned on to Kenny Rogers and ‘Lady’ and records like that. And then, you start digging a little deeper. So I’m a firm believer that if you know how to write a song, you know how to write a song. Now, being able to put the song in different formats and contexts and genres of music is more about the production. It’s more about the production, per se than the lyrics, because as time and as music has shown, you can pretty much take the lyrics and just switch [the] beat, and songs can go from Dolly Parton’s ‘I Will Always Love You’ to Whitney Houston’s ‘I Will Always Love You’ and those are two different songs – but it’s still the same song.

Fox News: It seems like the feature placements on your album are intentional. Does having so many established Black country music artists on one album catapult the genre in a way that we’ve never seen before with other genres in years past?

Nelly: I mean, country music is the last frontier as far as it’s the last musical frontier of diversity — of equal diversity in a sense. Obviously, we’ve had some brothers who were able to break through, and we lost the OG Charley Pride – the legend. And I can’t even imagine – I’m so bummed that I didn’t get the chance to holler at him and just talk to him and just ask him questions about what it was like doing this music at that time.  And about some of the backlash and probably a lot of the racism he faced just doing the music that’s in his heart, doing something that he loved doing something that he has just as much right to do as anybody else.

So, yeah, it was a little bit of an intentional act to make sure that I got a lot of these brothers that are in this lane, that if I was going to walk this path, I wanted to walk in with some people that was just as much and I don’t want to say just as much as something to lose, but more so more to gain from having a project like this be successful. We look to Darius [Rucker], he’s the OG for all of us. That’s like if comedy was going on and Richard Pryor was still alive, he would be the OG for everybody in comedy – like that’s how we look at Darius right now.

We all love Darius. It’s not a brother who – and I’m not just saying in country music – I mean if you’re in music, period, and you understand what Darius Rucker is doing, you look up to him. I mean I’ve been a fan of his since Hootie [and the Blowfish], you know. And you get an opportunity to work with them right now and to have him – I just placed one call to him and I was nervous about asking him and I ain’t never been nervous about asking for anything. I was more nervous asking him than I was asking Tim McGraw at that time.

Fox News: In country music, rap music, pop, whatever genre – the stories are really what people gravitate towards. What are some of your most tender stories that you had to put on wax because people needed to hear it in music form?

Nelly: Well, I mean, just all of my stories period if anything – even if you listen to ‘Five Drinks Ago,’ you know what I mean? That’s something that’s very explainable in the title. You know, it’s just one of those situations where if you’ve ever broken up with somebody, you’re not really tripping off of them. You aren’t paying them any mind – you’re going on about your way.

And then all of a sudden, it’s something that makes you just start tripping off them or now you’re thinking about them. And it’s usually, you know, right after that fifth drink. [Laughs]

And it was just like, ‘Yo, I was cool until I had this fifth drink and now I’m all on your Instagram page and I’m flipping through’ and you’re just remembering certain times – and I just think that’s it. It’s not a specific story as opposed to a lot of specific incidents running together into the song. I ran into your mama – your mama said I should call you. I ain’t calling her a–! It’s just one of those situations that you’re just like, ‘Yeah, yeah. OK. They could have stopped me from drinking – the bartender knew I was going too hard. He could have said something.’ [Laughing]. 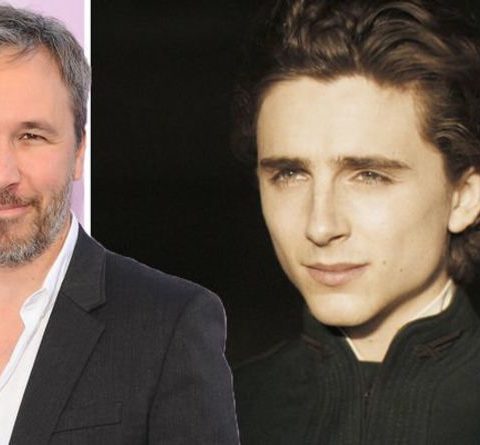 Previous post Michael Keaton says 9/11 film, 'Worth,' is about empathy 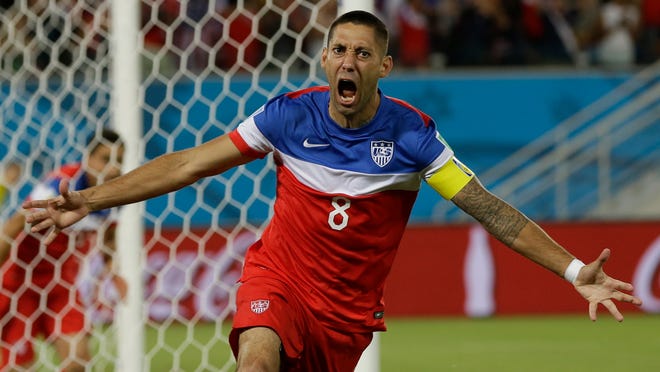