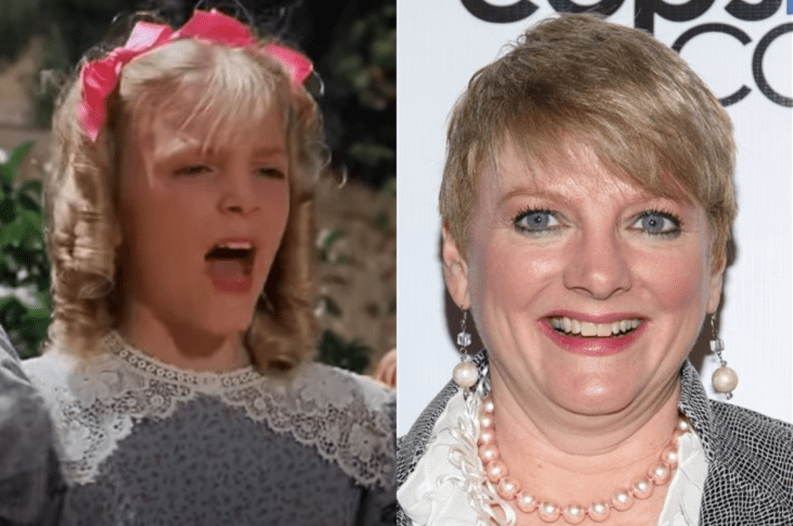 The actress is best known for playing the mean girl in the series “Little House on the Prairie,” which aired from 1974 until 1983. The hit show explored the adventures of the Ingalls family as they took on the American Midwest in the 1870s.

During the ongoing coronavirus pandemic, the 58-year-old has been connecting with fans on Facebook, where she’s been reading the “Little House” books daily. During the readings, the star wears a bonnet from the Laura Ingalls Wilder Museum in the real Walnut Grove. One of the videos has over 60,000 views.

Arngrim spoke to Fox News about her favorite memories involving castmates Steve Tracy, Michael Landon, and Melissa Gilbert, as well as why “Little House” still resonates with people in 2020.

‘KUNG FU’ STAR RADAMES PERA EXPLAINS WHY THE SERIES ENDED, WHAT ‘LITTLE HOUSE ON THE PRAIRIE’ WAS LIKE

Fox News: What’s your favorite memory of Steve Tracy?
Alison Arngrim: Oh, I have so many. What an incredible person. We just had so much chemistry on set.  The moment he arrived we just hit it off immediately. We were always laughing together. It just came naturally to us. It was just perfect chemistry. And he was such a brave person.

When he was diagnosed with AIDS, he went public. People didn’t do that. They wouldn’t go on TV and say, “I have AIDS.” And yet he did it. I remember he was taking experimental treatments at the time. I asked, “Does it hurt?” And he went “Oh yeah. Several people dropped out of the drug trial because the injection is just too painful. But I can take it.”

I then asked, “Is it working?” He looked at me like I was crazy and said, “Oh, no, it’s not going to work on me. It’s too late for me. They can’t save me. But it might save someone else after I’m dead.” Here was this man taking an experimental drug that was so painful people refused to do it. And he knew it would do nothing for him. And yet he did it anyway so that someday, long after we’re gone, it can help save someone’s life. I remember he just looked at me and said, “Why wouldn’t I do this?” That’s just the kind of guy he was.

Fox News: Do you remember the last time you spoke to him?
Arngrim: Oh yeah. It was right before he died. He put up one heck of a fight. He lived much longer than doctors anticipated. But it started to take a turn for the worst. His mom and sister flew out from Florida and took him home back to Tampa. His family stood by him, which was really good because, in the ‘80s, a lot of mothers weren’t doing that. Many families were totally abandoning loved ones if they had AIDS. But his family didn’t do that. His mother and sister called and said, “You can’t stay here in this apartment by yourself. You’re too sick. You’ve got to come home.”

He called me one day and said, “I gotta go. I can’t stay here.” I was really upset because I just knew he wasn’t going to come back. It was too far gone. There was no way. And he went, “Don’t cry. It’s not the end. It’s just a change in the relationship.” Within a day or two of them getting back to their house in Florida, he went into the hospital and died on Thanksgiving 1986… And those experimental drugs? They became the foundation, the blueprints of what is used today for patients. But that’s who he was. And that’s how I remember him.

Fox News: What surprised you the most about Michael Landon?
Arngrim: Oh, Michael Landon was one of the funniest people I’ve ever met and worked with. He had this absolutely juvenile sense of humor, which made it great for all the kids. He was like a big kid himself. He loved to laugh and do practical jokes. It crazy because we worked at a furious pace and he was a real task masker.

He was writing the show, producing, directing, and starring in it. And all of us, even [the] children were held with a very high standard of work. We were very much treated like grownups during filming and expected to really perform on set. But in between scenes, when we weren’t filming? Gosh, he was constantly goofing around.

You always knew when Michael was on set because you could hear him laugh from a mile away. He had this high-pitched giggle, like a little girl. If you pay attention to the show, you’ll hear him do it a couple of times. When he really laughed, it was like this little giggle. And you would go, “Oh, Michael’s here.” You could just hear it for miles. He was so funny, goofy and childlike in his sense of humor and laughter. And yet when it came time to shooting, he was all business and no-nonsense with our schedules.

I think that’s how we got through so much hard work. He was always joking around, so we were laughing all the time. We used to laugh ourselves silly in “Little House” — so much that our sides would hurt. We’d laugh all day. it was great.

Fox News: Is it true you and Melissa Gilbert are good friends?
Arngrim: It’s funny, I think if you play enemies on set you end up becoming friends. We hit it off right away. We had slumber parties. We would visit each other’s houses on weekends — people couldn’t believe it. I remember we were 13 and at a supermarket together. She went over to one aisle to look for something and people recognized us. And they suddenly felt compelled to protect her from me, like I was coming for her. People were just freaked out that we were friends and would go to places together. We still do.

I remember she had a party and we were well into our 40s at this point. We’re all standing in the kitchen and this one woman goes, “It’s so good to see you two getting along now.” Melissa and I had no clue what she was talking about. We just froze. And then Melissa goes, “Wait, was there a tabloid story or something?” We just looked at each other. It felt like forever. And then finally Melissa went, “Oh you mean the show!”

The truth is, there wasn’t a point where we didn’t like each other… People still assume that we hate each other. But we’re very much friends. We text and talk all the time. Some of us stay in touch on social media… The cast has become a family. We check in on each other all the time.

Fox News: What’s the funniest thing that ever happened to you while on set with one of the animals?
Arngrim: I am very much a city girl. I still can’t ride a horse. I was hopeless with the animals and I avoided them… I was terrified of horses actually. Whenever you saw me on a horse, the rest was a stunt girl. If we’re shooting a scene that involved me just sitting on a horse, there would be four guys on the ground holding the horse’s reins so it wouldn’t move. That way I wouldn’t freak out and fall off.

I have a friend who took me for horseback riding lessons a few years ago so I can finally get over this fear. They got me the slowest horse in the place. It was very relaxed. At least they showed me how to sit and hold the reins correctly so I wouldn’t scare this poor horse.

Fox News: What’s the most unique encounter you’ve ever had with a celebrity who also happens to be a “Little House” fan?
Alison Arngrim: William Shatner and I have become quite friendly on Twitter. He actually helped me get verified on Twitter. There’s also Bjorn (Ulvaeus) from ABBA. When “Mamma Mia!” first opened in LA, there was a huge party for it. I was very excited. I was introduced to Bjorn and he goes, “I saw you this morning in my hotel room.” He then gets his daughter, who’s like 12 years old. He says, “Honey, it’s the lady from ‘Little House!’”

Then he turns to me and goes, “We watch it in Sweden. I’ve watched it all my life and now my daughter watches it. And this morning we were watching reruns in our hotel. We watch it every day.” So I had to sign autographs for Bjorn and his daughter.

I met Stevie Wonder at the TV Land Awards. As soon as they announced “Little House” he immediately hugs me so hard that he picked me up off of my feet and cracks my back. I almost passed out. I had no idea how huge Stevie Wonder was in person! He told me that he was so excited to meet me because he absolutely adored “Little House.” I was in shock for like an hour.

Fox News: In your opinion, what is it about “Little House” that continues to resonate with people in 2020?
Arngrim: When you look at the Ingalls, they don’t have a lot of money. They’re all living in this tiny house with a whole bunch of kids. They aren’t leading a glamorous life like other TV families. Everyone’s got a Mrs. Oleson at their job. Everyone has a Nellie in their school. We can identify with them. It dealt with real issues, like love, life and death… We’ve even had an episode called “Quarantine” and “Plague.”

The books also came out in the 1930s, right smack at the height of the Great Depression. They became a big hit because people started reading about this family who had nothing in the 1800s but survived terrible circumstances… This family survived everything by sticking together and with love. As for the show, we launched at the height of the recession… Sometimes stories would run out of beef. People were losing their jobs… I think we desperately needed a “Little House” then. And people just got hooked.

NURSE RECALLS CARING FOR DYING AIDS PATIENTS DURING HORRIFYING EPIDEMIC IN ‘5B’ DOC: ‘WE HAD EACH OTHER’

Now we’re faced with a huge pandemic. People are dying and losing their jobs. Families are quarantining together. You have multiple generations in one home. People are suddenly baking bread. People are turning to each other and going, “What do we do? How do we survive this?” I’ve been told by a lot of people the show has been comforting for them.

Fox News: Fans have also responded positively to your “Little House” readings.
Arngrim: People send me all sorts of presents with notes saying, “This is keeping me sane for an hour a day. I just watch Alison read ‘Little House’ and everything’s OK.” That’s why I’m doing it, reading the “Little House” books wearing a bonnet on Facebook. I know for an hour a day, I’m totally relaxed too. 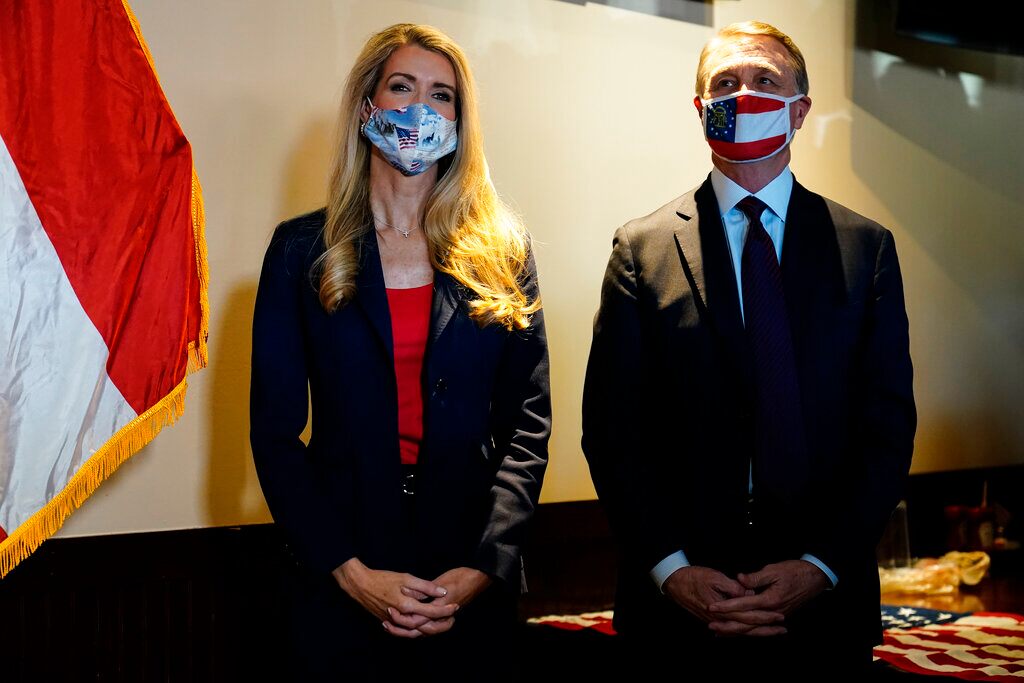 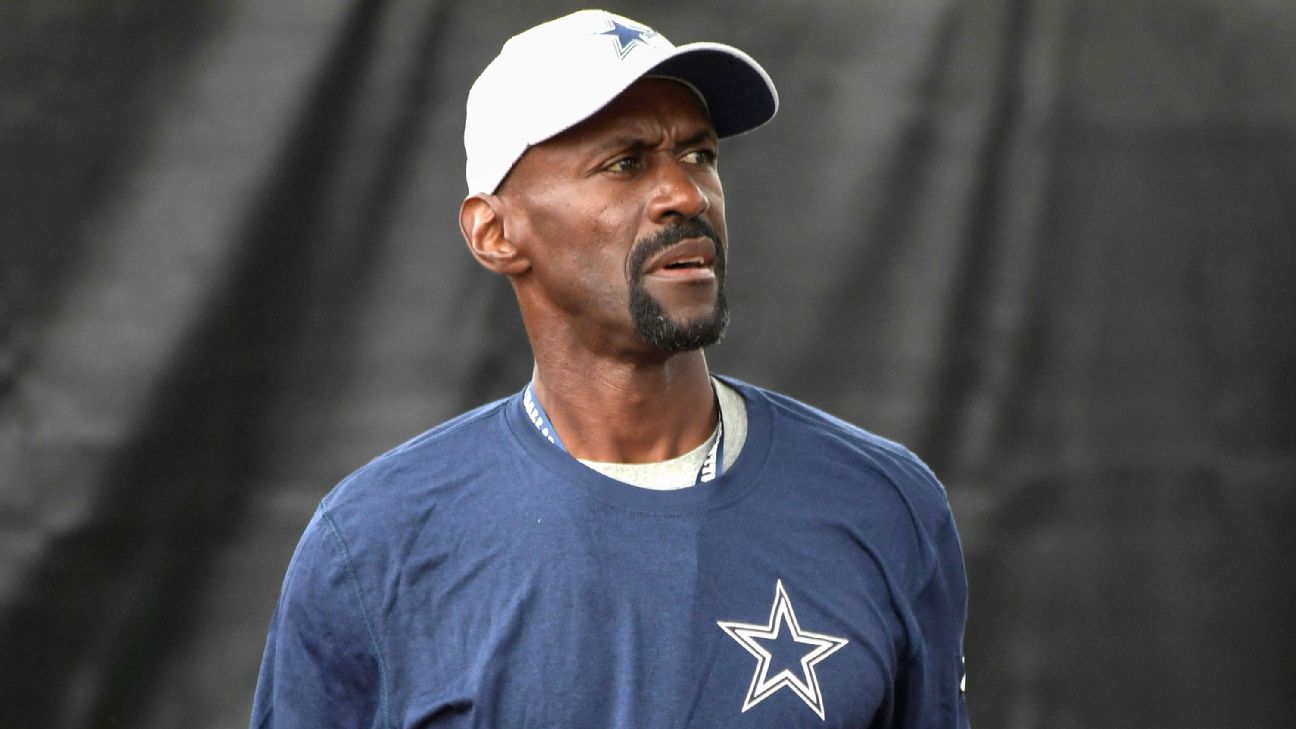 Next post 'He made a lot of people around here better men': Cowboys mourn death of strength coach Markus Paul