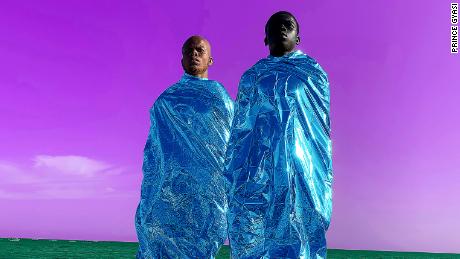 cnn– Paint, or pixels? That’s the question that Prince Gyasi wants you to ask when you see his work.
“You should be confused whether it’s a painting or a photograph,” he said. “If you’re not confused, it means I failed.”
Manipulating his photos digitally to enhance or change colors, the 26-year-old Ghanaian visual artist straddles a line between artistic styles that makes him hard to label. Clashing, vibrant colours create fantastical worlds of everyday scenes in Gyasi’s work, bringing to life an alternative vision of Accra, his home city.
Still early in his career, Gyasi has already worked on campaigns with Apple, shot magazine covers of supermodel Naomi Campbell and Nigerian musician Burna Boy, and was listed as one of the most in-demand artists of 2020 by online art marketplace Artsy.
Gyasi’s swift rise to fame is all the more impressive given the camera that launched his career: an iPhone.
“When I started, I couldn’t afford a camera, so I was using what I had,” said Gyasi.
He began taking photos with a disposable camera as a child, before getting his first smartphone, a Blackberry, in high school — and finally, saving up enough to get an iPhone in 2012. Now, he uses a range of photographic equipment depending on the shoot, including film cameras, but he still has his iPhone for the right occasion.
“It’s not about the tool, it’s your mind. It’s about the story that you want to tell,” Gyasi said.

Creating emotive experiences through the color of his images comes naturally to Gyasi, who has synesthesia, a condition that creates unconventional overlap between the senses — for example, experiencing color as a sound, or associating colors with specific words or letters. It’s involuntary and unique to the individual, with an estimated 2-4% of the population experiencing some kind of synesthesia.
As a result, Gyasi has his own internal color code that creates layered narratives within his work. “If I’m doing a project on ‘hope’, I already know I see ‘hope’ as pink, so I think about how to push this color into the work for it to make sense,” he said.
“It’s not about the tool, it’s your mind. It’s about the story that you want to tell.”
Prince Gyasi, visual artist
Paying attention to the interaction between colors and the associations we have with them, Gyasi tries to ensure his work has a positive effect on its viewer, calling it “color therapy.”
“Even if you don’t see the (photo) subject smiling, you’ll already feel joy and happiness: you will feel this good energy from it,” he said.
A turning point for Gyasi’s career was a shoot on iPhone with a close friend, British actor Michaela Coel, in 2018. Gyasi described the shoot as a “stepping stone” which helped him find a larger audience. “Michaela was very supportive of me and my work, and I met so many people through that who are working with me now,” he added.

A larger platform wasn’t just good for Gyasi’s art career: it allowed him to invest more in his non-profit, Boxed Kids.
Launched in 2017 with co-founder Kuukua Eshun, Boxed Kids supports children in Jamestown, one of the oldest districts of Ghana’s capital, Accra– and also one of the city’s poorest. Lack of education and opportunities leave children here stuck in a cycle of poverty, said Gyasi, who knows the struggle first-hand: his mother, Abena Serwaa Ophelia, was born in Jamestown, and dropped out of school at a young age, before finding success as a gospel singer and fashion designer.
“I feel I’m one of the lucky ones, because I could have been on the streets like most of the kids in Jamestown,” said Gyasi. “I’m very privileged that my mom actually knew how to work with her talent (for singing) and made sure I made it to school.”
Now, Gyasi is determined to help others break the cycle, too. He donates part of his earnings to the charity, which he said has so far put 12 children through school. As a result, education is one of the key themes in Gyasi’s work. His recent series, “Treasure Trove,” shows young people taking control of their education.
Rewriting the narrative about young people in Ghana is central to Gyasi’s work. “I want artists in Africa to stop painting sad stories about our kids,” he said. “We should do better, by inspiring and impacting people.”

In 2020, interest in Gyasi skyrocketed: inquiries for his work more than doubled at art fairs hosted by Artsy, which describes itself as the world’s largest online marketplace for fine art. The same year, Gyasi jumped from 54th place on Artsy’s most in-demand photographers list to number two.
The young artist’s rising popularity comes at a time when interest in contemporary African artists is “exploding,” said Everette Taylor, chief marketing officer for Artsy. Ethiopian-born artist Julie Mehretu broke the platform’s online auction record with the recent $6.5 million sale of her painting “Dissident Score,” while paintings by Ghanaian artist Amoako Boafo had more inquiries from collectors than those by any other artist. South African photographer Zanele Muholi joined Gyasi among the top five most in-demand photographers on Artsy.
“I want artists in Africa to stop painting sad stories about our kids. We should do better, by inspiring and impacting people.”
Prince Gyasi, visual artist
For artists like Gyasi, the move away from brick-and-mortar galleries to online auctions has helped expose his work to the global art market says Taylor, adding that online platforms like Artsy are “democratizing” the marketplace and creating more opportunities for collectors to find up-and-coming artists around the world.
The surge of interest in his work doesn’t faze Gyasi, though. “I always act like I’m starting out new every day because it helps me push harder. I don’t want to get content,” he said.
And Gyasi shows no signs of slowing down. After a recent collaboration with Virgil Abloh’s “Off White” fashion label, he is eager to explore design-focused visual art and creative intersections with film and music. In November, Gyasi will be one of the artists at Paris Photo, the largest international photography art fair, and he’s been selected as the leading artist for next year’s Kyoto Photo Festival.
From iPhone snaps to a visual artist on the world stage, Gyasi’s unique style isn’t bound to one form, medium or mode. “I’m creating my own world, rather than letting the world create me,” he said. 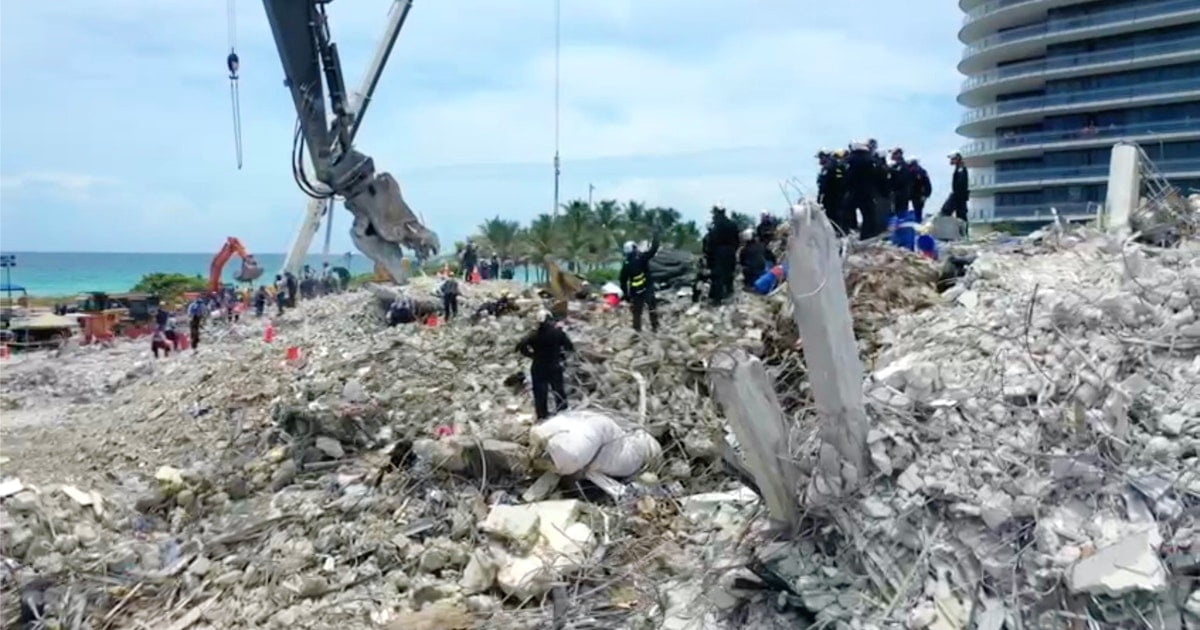 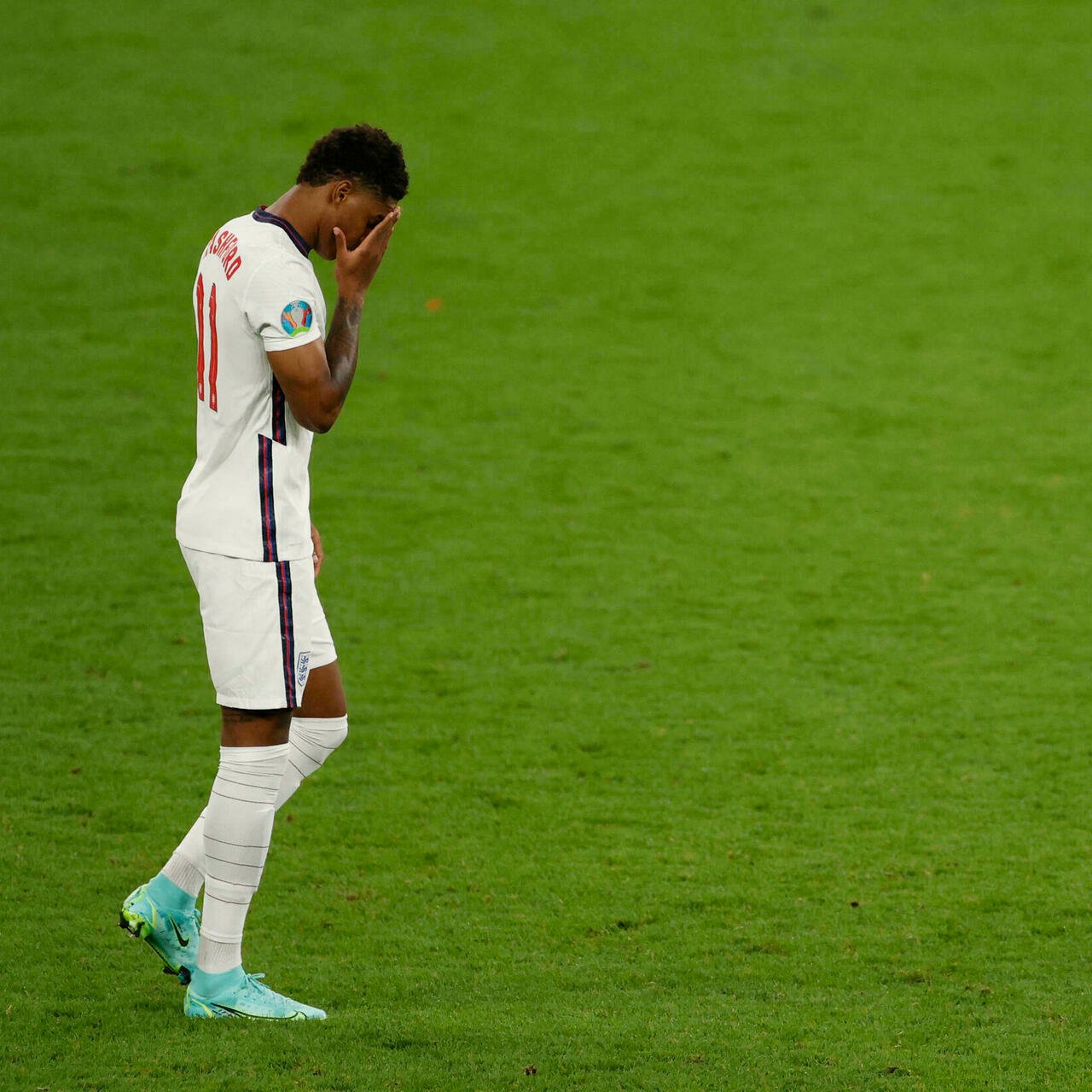