Everything We Know About Cole Tucker, Vanessa Hudgens’ MLB Player Boyfriend And Their Romance 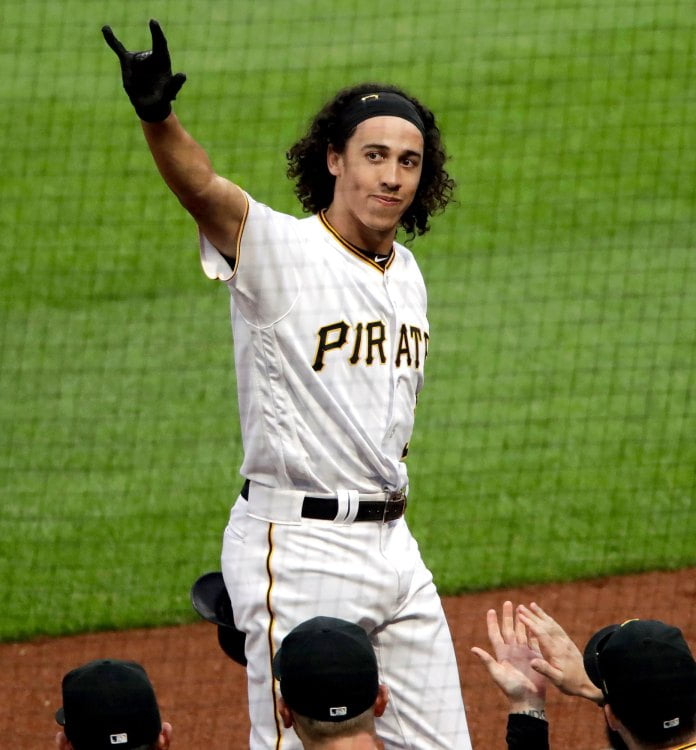 elle– As of the New Year, E! reported that Vanessa Hudgens has a new boyfriend. A source told the outlet that Hudgens, 32, is exclusively dating Pittsburgh Pirates baseball player Cole Tucker, 24. “They are boyfriend and girlfriend,” a source told the outlet. “They rang in the New Year together.” News of their romance arrives about a year after her split from Austin Butler after nearly nine years together.

As of Valentine’s Day, Hudgens and Tucker were Instagram official: the actress posted an image of the two of them kissing. She included the caption: “It’s you, it’s me, it’s us. @cotuck ❤️💋🤟🏽”

Ahead, everything we know about Hudgens’ new love, including where they stand in March 2021 and proof that Tucker has seen his fair share of High School Musical.

He’s a shortstop for the Pittsburgh Pirates.

Tucker hails from Phoenix, Arizona and was drafted by the Pittsburgh Pirates as their shortstop in 2014. According to Baseball Reference, he was the 24th pick of the 1st round and made his professional debut in April 2019. The 6’3″ player has shifted between shortstop and outfielder positions as a Pirate. However, he suffered a concussion in fall 2020 that benched him for the remainder of the season, according to CBS Sports.

In December 2020, Hudgens reportedly visited Tucker in his hometown of Phoenix, as noted by the Daily Mail

. She shared a photo of herself and friend GG Magree hanging out at the city’s Papago Park Amphitheater. “Real hot girl sh*t🤘🏽” Hudgens captioned the snaps

He and Hudgens have been linked since November 2020.

Rumors of the couple’s romance started on November 21, when Hudgens wrote, “Date night 💖” alongside a photo of herself holding a pink rose.

That same night, the pair was spotted by paparazzi cuddling outside of the Canyon Country Store in Los Angeles. The Daily Mail ran photos. The following evening, Tucker and Hudgens enjoyed a dinner date at Pace in Laurel Canyon.”They had a romantic dinner outside under the stars,” an eyewitness told the outlet. “They shared wine and food and had a great two-hour meal. Vanessa was giddy with laughter. She was looking over at Cole and couldn’t contain her smile.”

Hudgens most recently dated actor Butler before their split in January 2020. Although they reportedly discussed getting engaged, a source told E! that they had “split for now” but were “going to see what happens. They have such a history and deep connection they could find their way back to one another. Right now she felt like he needed to go and be single and see if that’s what he really wants.”

By the end of that month, Hudgens was seen with Los Angeles Lakers player Kyle Kuzma. “They’re seeing each other, but taking things slow and just having fun at this stage,” a source told People at the time.

His brother Carson is also an MLB player.

Cole isn’t the only Tucker family member to become a professional baseball player. His younger brother Carson was a first-round pick shortstop in 2020, drafted by the Cleveland Indians, according to MLB. Cole has been nothing but supportive of his younger brother, telling the outlet, “Like, Carson Tucker’s my favorite player, and I’m rooting for him and pulling for him and following his every move. I’m just trying to be as much a part of the process as I can and putting my big-brother hat on and also putting my baseball-player hat on, just because I have a lot of experience with the process.”

His love for High School Musical is well-documented.

Another important thing to note about Tucker: he’s well-versed in all things High School Musical. A scroll through his Twitter reveals that Tucker retweeted High School Musical-related memes in both July and August of 2020. He also tweeted, “In search of: A girl who’s down to watch High School Musical with me and scratch my back,” back in January 2012, as uncovered by MLB.

As for the inspiration behind his enviable curls? Tucker told The Athletic, via MLB, that he was influenced by Corbin Bleu’s baseball player HSM character, Chad Danforth. “I thought that Corbin Bleu was the coolest person on Earth, and he had hair just like I do now—the long, ringlet curls,” Tucker told the outlet. “When I was in fourth grade, I was like, ‘Man, I am going to grow out my hair. I’m going to look like Corbin Bleu and it’s going to be the coolest thing ever.’ I did it and I’m still doing it. I sound like such a nerd right now, but that’s really what happened. It kind of became my thing.”

While Tucker and Hudgens are in different fields, he does know a thing or two about filmmaking. The Pittsburgh Post-Gazette reported that Tucker “always tries to predict Oscar winners” and asked him about his favorite baseball movies. Film with the best love story went to Bull Durham, starring Kevin Costner and Susan Sarandon. Field of Dreams was his pick for most overrated baseball movie, and The Sandlot was his favorite for kids. “This movie reminds me the most of what it’s like to be a kid and just want nothing more than to play ball with your friends,” Tucker said of The Sandlot. “As we grow up and baseball becomes a job, it’s important to look back and remember how fun it is to just play the game.”

Perhaps another thing Hudgens and Tucker bonded on is music. While he doesn’t have a hit solo album like his rumored partner, Tucker enjoys playing instruments off the field. He has shared photos on Instagram that feature his drum playing skills and custom painted guitar.

Hudgens and Tucker went Instagram official as a couple on Valentine’s Day.

But before that big moment, they followed each other and interacted on the ‘gram. Hudgens, in particular, liked Tucker’s photos and even commented on them on occasion. Right before news of their dating broke, Hudgens liked Tucker’s latest post, a photo dump captioned, “Winter break.” Hudgens commented, “Last pic faveeeeee 😍❤️” and “Well fuck and lord b’s nook. Call me biased.”

Tucker and Hudgens are still going strong in March 2021.

Hudgens gave a rare look into the two’s private relationship on March 15, 2021. She posted a selfie of the two together, captioning it, “This makes me happpyyyy.”

And Tucker spoke about Hudgens to press at the beginning of March, according to KDKA. He jokingly told reporters at Spring Training Friday for his team that “I got a girlfriend and she’s cool.” Then he added, “She’s awesome. I love her, but I don’t want to be treated any differently than Mitch [Keller] having his wife come down, or Ke’Bryan [Hayes] having his girlfriend come down.”

He also referenced the media attention behind them, saying, “She’s great. She’ll be around. You will see her, but you saw the headline, it is what it is.” 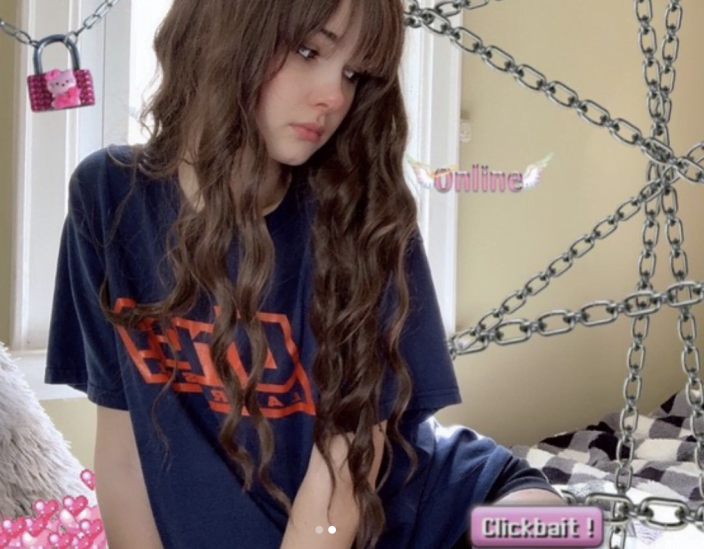