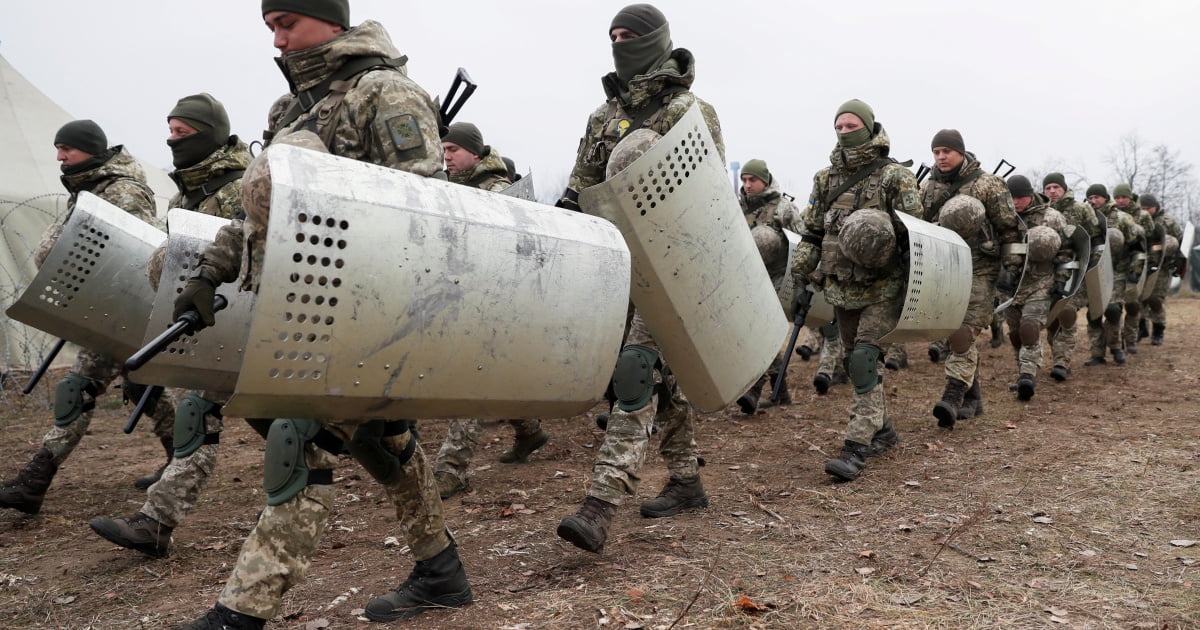 Eastern European governments are bracing for a potential refugee crisis if Russia launches an invasion of Ukraine, with possibly millions of civilians crossing the border into neighboring countries, Western officials and aid workers say.

Apart from the humanitarian fallout, European officials expect Russia and its partners to try to exploit any major migration for political purposes to sow divisions within Europe and spread anti-refugee sentiment, according to U.S. officials briefed on the issue.

If Russian forces attack Ukraine, Ukrainian-speaking civilians likely would flee to European Union countries on Ukraine’s western border, Poland, Slovakia, Hungary and Romania, and Poland would absorb much of the initial wave, according to humanitarian organizations.

The Baltic countries of Lithuania, Latvia and Estonia also say they are preparing to receive refugees, with Ukrainians possibly arriving from Poland or by commercial flights. Latvia said it was looking at setting up a network of refugee centers on its eastern border.

It is unclear whether Poland or other European Union states neighboring Ukraine would have the capacity to accommodate refugees on such a dramatic scale, experts said.

With the Covid-19 vaccination rate lagging in Ukraine at about 34 percent, EU authorities also would have to decide how they would manage refugees who would need to be tested and possibly placed in quarantine for the coronavirus.

The EU, the U.S. and other governments would need to step in to provide financial and other support for those countries absorbing the brunt of the migration, experts said.

A wave of refugees “will require major assistance from the United States,” said Sen. Chris Murphy, D-Conn., a member of the Foreign Relations Committee

“We’re predicting a longer-term insurgency, so this refugee flow is going to be incredibly acute at the start, but it will likely continue apace for months and years. The trans-Atlantic alliance is going to have to have a long-term plan for handling Ukrainian refugees,” Murphy said.

Outside assistance for the countries neighboring Ukraine will be vital, said Jacob Kurtzer, a senior fellow at the Center for Strategic and International Studies.

“This will be an all-hands-on-deck moment for the entirety of Europe,” said Kurtzer, who previously worked for the International Committee of the Red Cross.

A spokesperson for the White House National Security Council said the Biden administration is “prepared for a range of scenarios, including this one.”

The U.S. is working closely with European allies and partners “who will be on the front lines of any response, as well as international organizations and NGOs, on how to support those displaced internally and those who may seek safety in neighboring countries,” the spokesperson said.

The administration has a team of disaster experts in Ukraine and the region “monitoring the situation closely,” the spokesperson said.

European officials are struggling to plan for contingencies given the uncertainty surrounding Russia’s intentions and whether Moscow would stage a limited military operation or a major attack that could affect the whole of Ukraine’s territory, according to humanitarian organizations and experts.

Romanian Interior Minister Lucian Bode said his government has drawn up an action plan that considered a variety of scenarios. “We are currently analyzing how many refugee camps we can install in a relatively short time, 10, 12, 24 hours,” he told the private television network B1.

EU officials have downplayed estimates of up to 1 million refugees cited by Poland and some Eastern European authorities, saying that would apply only in the case of a full-scale invasion, according to U.S. officials who are in communication with their European counterparts.

The EU would expect a gradual flow of Ukrainians to head west, with some joining existing expatriate communities, instead of a mass exodus, the U.S. officials said.

“A small incursion would not create a large flow of refugees,” said Luigi Scazzieri, a senior research fellow at the Centre for European Reform, a London-based think tank.

“But a large-scale invasion could potentially lead to millions of displaced. In terms of scale, it could look similar to 2015,” when a million Syrians fled their country’s civil war, he said. “But we just don’t know what Russia will do at this stage.”

About 1.5 million Ukrainians fled their homes after Russia’s invasion of Ukraine in 2014, when Moscow seized and annexed the Crimean peninsula, and a subsequent war in eastern Ukraine between the government and Russian-backed separatists. Most, however, stayed in Ukraine.

The U.N. High Commissioner for Refugees said it was not ready to offer an estimate of how many people might be displaced in a renewed conflict and how many of them would try to leave the country.

“At this point the situation remains highly unpredictable and uncertain, and we are therefore not able to provide any estimates of potential displacement,” said Victoria Andrievska, a UNHCR spokesperson in Kyiv.

“The U.N. and its humanitarian partners in Ukraine hope that the ongoing tensions will not escalate and will be resolved through diplomatic and political means among all concerned parties,” she said.

Europe has faced two refugee crises in recent decades. In the 1990s, more than 2 million people fled to northern Europe from the conflict in former Yugoslavia. And more recently, more than 3 million refugees from Syria’s civil war sought asylum in the EU from 2011 to 2016.

The migration driven by the Syrian conflict provoked political turbulence in Europe, with anti-immigrant politicians pushing to block the acceptance of mainly Muslim refugees, whom they portrayed as a threat to Europe’s secular customs. Some governments also questioned whether those escaping economic hardship should be given asylum in the EU.

“I think here, seeing Ukrainian refugees arrive as a result of a Russian invasion, I would expect the European response would be much more open and much more welcoming than we’ve seen for other non-European groups,” said Daphne Panayotatos, the advocate for Europe at the nonprofit Refugees International.

Europe has the resources to handle an influx of refugees from Ukraine, and it is merely a question of “political will,” she said.

Poland, which has pledged solidarity with Ukraine, has said civilians fleeing a Russian attack would be welcome, as their status as refugees would be beyond doubt.

Ukrainians can travel without visas to the EU, and the country shares a border with the EU states Poland, Slovakia, Hungary and Romania.

“In the case of a large-scale influx sparked by a conflict in Ukraine, the situation would be unambiguous, as people fleeing would be seen unambiguously as refugees,” said Scazzieri of the Centre for European Reform.

EU officials see a potential for Russia to exploit migration again in its confrontation with Ukraine, U.S. officials said.

Russian President Vladimir Putin’s long-term goal is “to destroy NATO and the trans-Atlantic alliance,” and he would try to turn a refugee crisis over Ukraine into a political weapon, said Murphy, the senator.

“I have no doubt he could seize the refugee flows coming out of Ukraine the same way he’s seized the refugee flows coming out of the Middle East. It’s another way to try to split Europeans from each other,” Murphy said. “And if there are tens or hundreds of thousands of refugees coming from Ukraine into Europe, that is going to cause stress in Europe. And that accrues to his benefit, as well.”

John Herbst, a former U.S. ambassador to Ukraine, said he was skeptical that Putin would succeed at taking advantage of a refugee wave. “I have no doubt he will try,” Herbst said. “But the presence of refugees in Eastern Europe will make Putin’s position all the more difficult, as it will be clear who is responsible for so much human misery.”

About 2 million people, many of them elderly, live near the front line in the country’s eastern region, where Ukrainian government and Russian-backed forces are in a stalemate. Civilians there already face hardships in an area that lacks basic services and where movement is severely restricted by military checkpoints. A wider war triggered by a Russian military offensive would hit the population the hardest, humanitarian groups say.

“We must not underestimate the human suffering of renewed conflict — it would result in increased civilian casualties, massive displacement and soaring humanitarian needs,” said Jan Egeland, the secretary general of the Norwegian Refugee Council.

An escalation of the conflict “could lead to a devastating impact on already damaged civil infrastructure, further restricting peoples’ movements and disrupting essential public services such as water, power, transport, markets and banking,” he said. 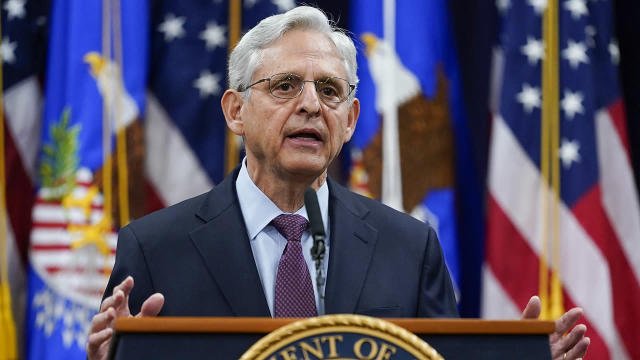 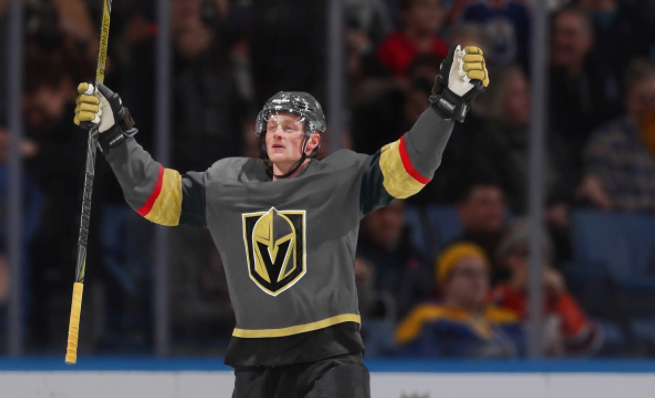