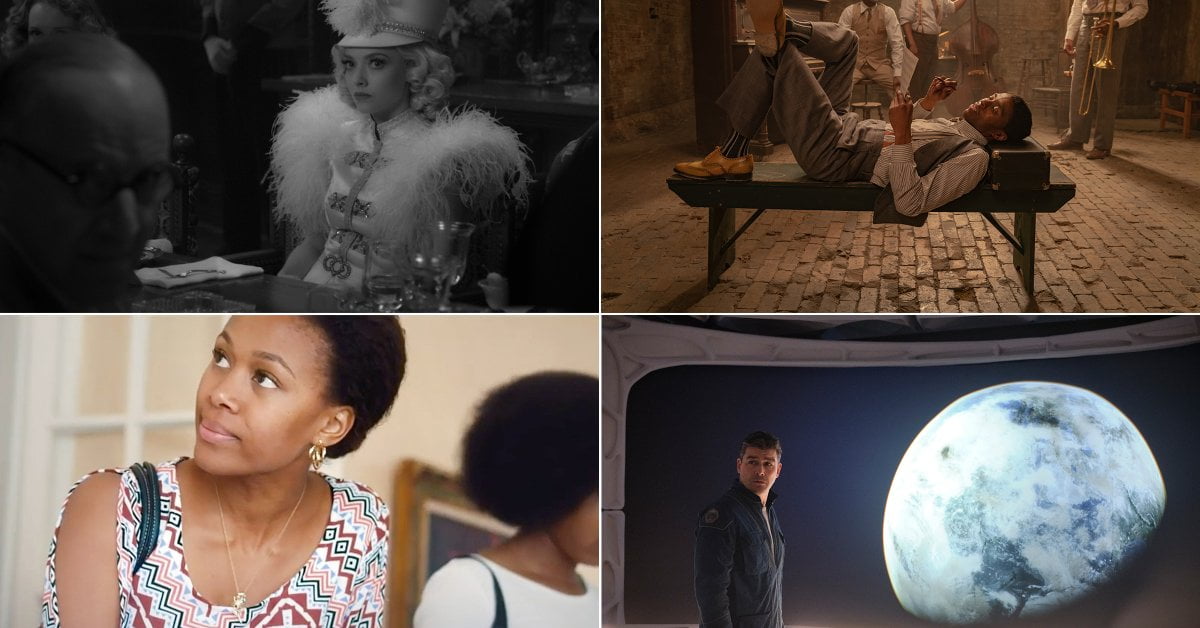 nytimes– “Ozark” is the end of a Shakespearean tragedy with the preceding acts lopped off: Don’t get attached to anybody; they probably won’t last. The show’s about a nice married duo that ascends the ranks of a drug cartel. Dukes is the pregnant fed investigating their finances. Burke is their couples therapist. Both are divine. Dukes opts for a genial skepticism, like she’s been dispatched from Fargo P.D. Everybody’s lying to her and the thrill of her performance comes from the poise she maintains amid the flagrant insults to her intelligence. She must have a dozen ways of doing, “How dumb do you think I am?” Burke, meanwhile, is a bag of Sour Patch Kids — glamorously wizened, blithe in both her wisdom and corruptibility. They make that candy with acid and sugar. They’re addictive and, when there’s none left, it’s awful. (Streaming on Netflix.)

Seyfried’s version of the 1930s movie star and mistress Marion Davies, in David Fincher’s film loosely about the writing of “Citizen Kane,” takes what Seyfried does best to reimagine the best of Davies. What results is a kind of world-weary effervescence. An actress who’s always had a nifty pop about her graduates, at last, from soda to champagne. (Streaming on Netflix starting Dec. 4.)

Some weeks the athleticism at this professional wrestling start-up is more exciting than anything happening in Vince McMahon’s empire. And no one in the WWE has this kid’s combination of diction (Juilliard by way of Long Island), intensity or cheesiness, either. Even when Friedman’s lost his cool (his nom de ring is MJF), he still has astounding control. The character is part heel, part tool (hair gel, loafers, Burberry bling — tacky, tacky, tacky) and part goodfella wannabe; his mouth does more running than he does. For reasons only the producers of this show can explain, a long segment in October between MJF and the veteran Chris Jericho culminated in a version of “Me and My Shadow” complete with dancing women and live singing. It was less than spectacular, though not for anything Friedman did. He wasn’t embarrassed at all. He was smooth in a way that should worry Ric Flair. This kid makes you wanna say, “Woo!”

The show is a gory zoo of half-finished ideas. But right there in the middle of all the mess were about 30 uninterrupted minutes built around Ellis, as a housewife named Hippolyta. Until that point, she was a minor player amid all the monsters, magic and racist history. Suddenly, poof! She’s gone screaming through a wormhole into another dimension and then another — dancing with Josephine Baker, commanding a troop of Amazons, doing interplanetary field work in costumes that would blow Sun Ra’s mind. Ellis has been at this for a long time and for those of us who’ve been waiting for a part that would let her turn fear into joy, and joy into rage and rage into wonder, the wait was beyond worth it. More, please. (Streaming on HBO Max.)

Officially, it’s about a chess champion (see below) but for a couple of episodes, it’s also about her drab adoptive mother, whom Heller eventually plays in a state of subdued surprise. The perks of the chess-chaperone lifestyle are beyond the character’s wildest dreams. But rather than milk this boozy matron part for campiness, Heller leans on the unexpected warmth of 11th-hour momliness. (Streaming on Netflix.)

I don’t know what Kentucky orphanage in the 1950s was this integrated, but I almost didn’t care because Ingram is so good. In fact, she’s so good that I even put up with her triple-stereotype part (pickaninny; Black best friend; Morgan Freeman at the end of “The Shawshank Redemption”). Her galactic charisma and physical incandescence turned a stock role into a three-course dinner.

It’s a testament to Taylor-Joy that Ingram is only in about two-and-a-half of this show’s seven episodes and I didn’t miss her as sorely as I thought I would. That’s how transfixing Taylor-Joy is, despite how much, from some angles, she looks like Emma Stone as reimagined by Tim Burton — long face and big eyes, like an insect trapped in a boozy pill-popper’s body. I imagine this wasn’t an easy performance to make work: cunning, stupors and stratagems — how do you act all of those? I suppose, like you’ve just landed here from outer space and have no intention of going home.

Buttigieg had suspended his presidential campaign less than two weeks before, and in the early minutes, his decision to fill in for Kimmel struck me as ambition’s nadir, this cynical bottoming out of political aspiration right at the start of a moment when we’d need it most. But Buttigieg’s joke delivery was almost from an awkward school of comedy (who me? funny?). His timing was its own clockwork. In a sketch that had him taking a job handing out pretzel samples on the Hollywood Walk of Fame, he was superbly humbled. And his interview with Patrick Stewart was serene and only mildly fawning. Here’s someone who’d spent almost a year running for president yet was most human (and hilarious) doing not retail politics but just plain-old retail.

Pure magic. Magic that didn’t have to be this magical for what’s ultimately a Google Hangout. It came in the middle of an all-star party (well, almost all) thrown for one of the country’s great magicians. The song is from Sondheim’s underrated “Pacific Overtures,” and belongs in his Top 10. It’s too ornate to explain, but Sondheim sets it in the present and the past. The video opens with Harada and Sesma in their respective boxes. Then it cuts to Sesma on his own and then to Ku — as Sesma’s younger self — looking down, as if from a tree, and Sesma turns his head up to Ku. Then, suddenly, there Loh arrives down in a fourth box. He’s on his back at first, but shot so that his head still matches the face-to-space ratio of the other three. I’m giving you geometry. These four gave me awe. Part of the magic is how they’re connected to one another. Onstage, it’s time that’s collapsed. Here, it’s also distance. Technically, I don’t know how they and the technicians pulled it off. But boy has it stuck with me — as a fittingly ambitious and witty acknowledgment of Sondheim’s audacity and as a metaphor for the teamwork necessary to achieve anything meaningfully, enduringly decent this year.

Weruche Opia, “I May Destroy You”

If the superb Michaela Coel is the wounded psyche of this HBO series, then Opia is its reality check. Playing Coel’s best friend, Terry, her skill here is both verbal and physical. (Her body language alone could fill a dictionary.) But it’s the patience in her acting that floored me, the compassionate watching of — and watching out for — Coel. Opia is the Ethel to her Lucy, the Pam to her Gina: another dictionary definition — for “support.” (Streaming on HBO Max.)

Everybody on this cruelly canceled Hulu remake of the movie was fantastic, including Zoë Kravitz. But Lacy is worth singling out because few actors do more complex work with good-sport second bananas. He’s built like a baseball player but performs with reserves of kindness that complement the daffiness of Jenny Slate, the self-absorption of Lena Dunham or the diffidence of Kravitz. There’s no award for that, just my unceasing admiration. (Streaming on Hulu.)

There isn’t a person on this Showtime series who doesn’t exist in the shadow of Ethan Hawke’s tornadic rendition of John Brown. But these two, playing enslaved men caught up in Brown’s fervid warmongering, manage something special: neither of them wilts. Johnson is the young eyes and voice of the series, and what a sly comedian he is. His face can express a hundred kinds of surprise and equal amounts of fear, doubt and relief. Meanwhile, where’d Point-Du Jour come from? His line readings are crisp and hilarious. These two inspired most of my laughter. Their arched eyebrows always seemed to match mine. (Streaming on Showtime.)

Apparently, Warwick joined Twitter eight years ago, but this was the year her account became a thing — wry, wise, as elegantly spectral as churlish is likely to get, generous. Warwick tweets the way she sings, smoothly, martini-dry. One tweet that caught thousands of eyes warns Spotifiers that artists can look at our playlists. She used the “I see you” eye emoji where a period would go. Another specifically asked that nobody tell her what “hot girl summer” is even though by that point it was a “was.” The appeal is that the tweets sound like her — that smoky timbre, the showbiz diction. They’re a snack. I’ve finished reading some of her posts and have actually tried to wipe the salt off my hands. 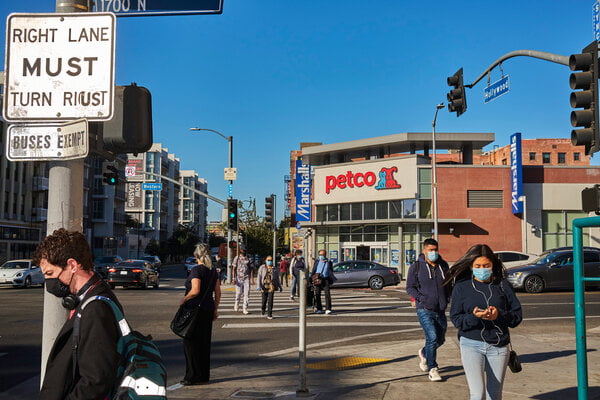 Previous post The Virus Is Devastating the U.S., and Leaving an Uneven Toll 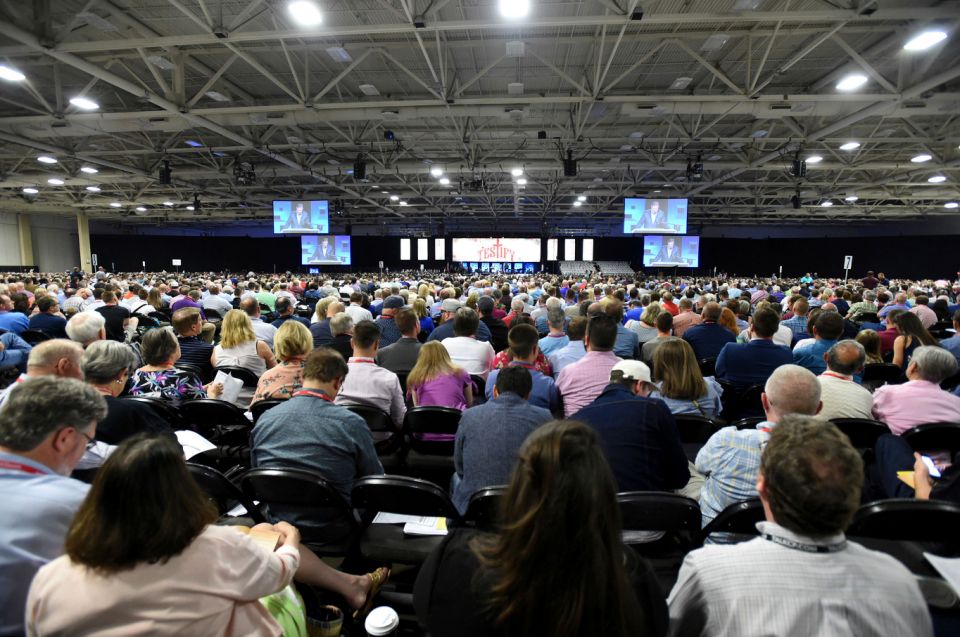