A trove of old Ektachrome slides shows artists, friends and lovers in the 1980s and ’90s 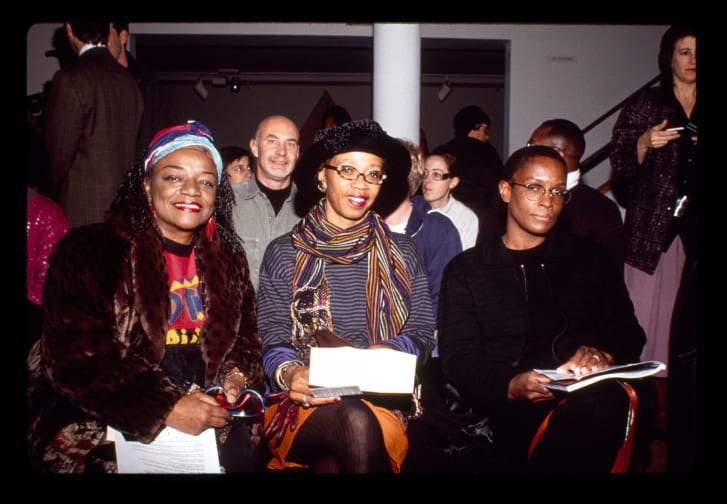 cnn– When Lyle Ashton Harris’ grandfather passed away, he and his brother inherited a vast trove of over 10,000 Ektachrome slides documenting his day-to-day life. Developed in the early 1940s, the film is a brand name from Kodak, and was a new type of color technology when their grandfather adopted it. (Instead of adding color to black-and-white images during processing, as is done with Kodachrome, this film allowed people to take images directly in color.)Four decades later, multimedia artist Harris began his own Ektachrome archive, in the 1980s and ’90s as art and culture underwent seismic shifts, galvanized in part by a new wave of Black artists and critical thinkers, as well as LGBTQartists grappling with the AIDS epidemic. Harris documented friends, lovers, idols and himself, as they moved throughthe linked creative and political circles that helped definethis era.

“The late ’80s, early ’90s, was critical for collective community, whether that’s the Black radical community, queer community, AIDS activism, etc.,” Harris said via a video call. “The archive … speaks to the collective.”Selections from Harris’ “Ektachrome Archive” have been shown at major institutional shows, debuting at the São Paulo Biennial in 2016, followed by the Whitney Biennial the next year. Photos have been also been published in the 2017 book by Aperture, “Today I Shall Judge Nothing That Occurs.”

Until recently, Harris didn’t consider his archive as a singular body of work, but a simple — though prolific — act that accompanied his more formal series, such as his “Shadow Works,” mixed-media assemblages that also excavate memories. “I was just documenting in the manner that my grandfather did — or (photographer) Nan Goldin did — just documenting friends and family events, places that I traveled,” Harris said of his work.

Harris’ archiveincludes a portrait of Nigerian photographer and friend Iké Udé in front of a vanity mirror in 1995, gazing to the side. It also includes tender moments of late filmmaker Marlon Riggs, who died in 1994 from AIDS complications, and who Harris met as a graduate student at the California Institute of the Arts. In one photograph from New York in the early ’90s, author and activist bellhooks, real name Gloria Watkins, wraps her arm around Riggs as they share a laugh, their faces close. In another, Riggs sits in the backseat of a car with his mother and grandmother, on the night that he was honored for becoming the youngest tenured professor ever at the University of California, Berkeley, in the last months of his life.When it comes to the deaths of gay men or those with HIV, “There is a narrative that still lingers today … in the African American community,” Harris said, “that is shrouded in shame.”The photograph is a testimony “that there was a mother as well as a grandmother that … was able to bear witness to their son who is in advanced stages of his life, in his mid 30s,” Harris said, “and to also simultaneously witness his celebration.”

In 2000 Harris left the United States and moved to Rome, then eventually Ghana in 2005 to teach for New York University. He didn’t return stateside until 2012. All the while, his bags of Ektachrome slides remained in his mother’s home in the Bronx; he didn’t revisit them until he moved back to New York, looking for renewal following life changes including the ending of a relationship.

His friend, the artist Isaac Julien, was preparing a catalog to accompany his “Ten Thousand Waves” film installation at the Museum of Modern Art, and in 2013 asked Harris to sift through his photographs for images of ’90s London.”I had not actually seen (the slides) in over a decade,” Harris said, who noted he was just documenting for “close to 20 years before I began to think of it as a body of work or an archive.”The slides in a way reconnect me with the punk energy of New York… seeing a younger side of myself depicted in the slides,” he reflected, “recapture that.”

That younger self, when he was starting out, used his camera to developa sense of confidence as he navigated important cultural events attended by the likes of activist Angela Davis and social critic Cornel West.With camera in hand, the young Harris captured key figures of the zeitgeist at the “Black Popular Culture” conference in 1991 and, just out of graduate school, documented 1995’s “Black Nations/Queer Nations?” a conference about gay and lesbian identities in the African diaspora. “The camera became a way in which I could negotiate space or … could actually hold my own, and it’s interesting now to have become the elder, and 20 years later, the younger generation is looking for meaning from these images.”

At the “Black Popular Culture” conference, which took place at the Dia Center for the Arts in New York’s SoHo neighborhood, Harris snapped a portrait of artist Ringgold, art critic Douglas Crimp, author Crystal Britton and literary agent Faith Childs sitting in the audience. Harris said he couldn’t overstate the importance of these forums in positioning “Black popular culture as a sphere of influence.”Moreover, it was “the first time in culture history, where you had two trajectories overlap and come together” — black popular culture and “its theoretical and artistic legacy,” he said. This shift, according to Harris, had a profound influence not only on Black culture, but also the wider contemporary culture and political theory.

Harris emphasizes the collective community that formed around these pivotal moments — and seesa connection to the anti-racist movements happening today. When graffiti artist Michael Stewart was killed by the New York City Transit Police in 1983 for tagging a station wall, he pointed out, artists fromvarious backgrounds and disciplines responded, including Jean-Michel Basquiat, Keith Haring, Lou Reed and Madonna.

“If you think about Black Lives Matter today,” he said, “it was birthed by three Afro-American women (two of whom identify as queer) who had had enough, but now it has become the pulse of a young generation — a wider generation — that is multiethnic, fluid in terms of sexualities (and) identities.”The archive, according to Harris, serves as a bridge to the dynamic movements of past decades.Harris credits members of the “young generation” for what he sees as real efforts in trying to reimagine how they can do collective building. “People are looking at more activism,” he said. “The archive offers them a momentary resting point where they could actually reflect that they’re not alone — the fact (there) were people and movements before. I think that’s a very reassuring thing.” 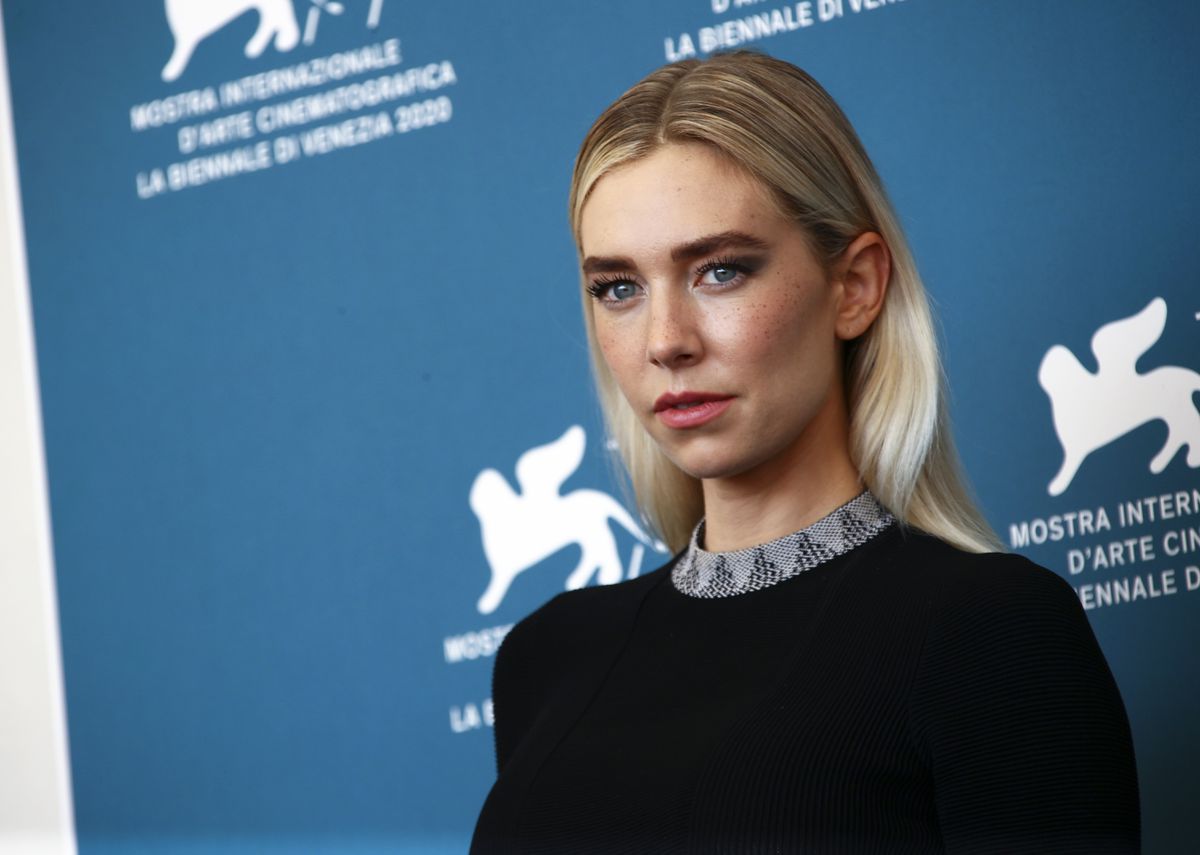 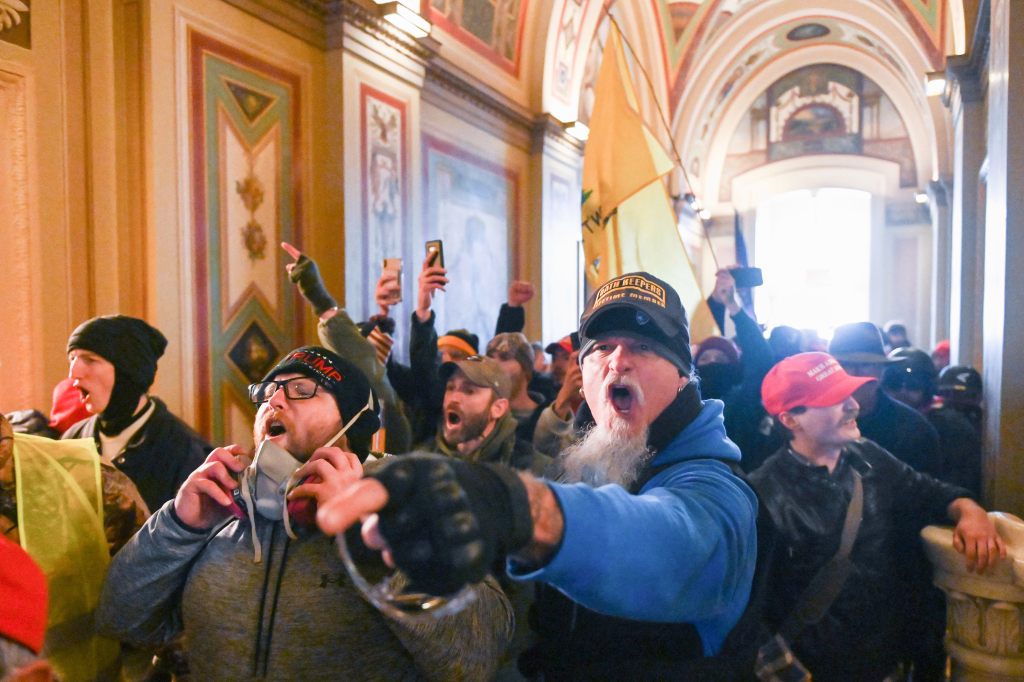