In a statement Tuesday, the international charity said former CEO Justin Forsyth was investigated twice after complaints from three women about his conduct in 2011 and 2015.On both occasions, the investigation led to "unreserved" apology from the chief executive and "the matters were closed," the statement said. The Save the Children allegations follow outrage over revelations that staff from British-based charity Oxfam abused their position of trust to engage in sexual acts with the people they were supposed to be helping.According to the BBC, which first reported the claims, Forsyth allegedly sent inappropriate text messages to young female staff about what they were wearing and how he felt about them.Forsyth left the charity at the end of January 2016 to take up a role as the deputy executive director at UNICEF.He's reported to have issued a separate statement Tuesday, saying he had made some "personal mistakes" during his time at Save the Children, and that he had thought "the issue closed many years ago.""I recognize that on a few occasions I had unsuitable and thoughtless conversations with colleagues, which I now know caused offense and hurt," he said, according to the BBC. 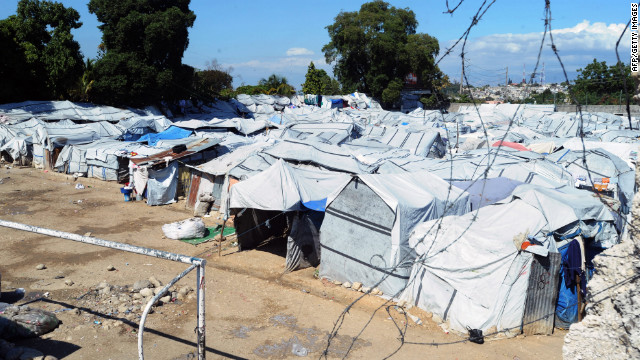 UNICEF told CNN it is aware of the reports regarding the "past complaints" about Forsyth. In an email, UNICEF spokeswoman Najwa Mekki said, "We welcome Mr. Forsyth's decision to come forward and acknowledge past mistakes. We are discussing this matter with Mr. Forsyth and his former employer so we can take appropriate action."Current Save the Children chief executive Kevin Watkins pledged a "root and branch review" of the charity's culture to check the safety of staff was being properly protected."The review will commence by the end of this week and report in June 2018," a spokesman for Save the Children said in a statement."We apologize for any pain these matters have caused and sincerely hope that the complainants feel able to help us with the review in the coming weeks. This is so that we can better support our skilled and highly valued staff as they help change the lives of millions of children around the world every day."

In February, Watkins told the House of Commons International Development Committee that sexual exploitation and abuse were a problem across the international aid sector.Earlier this week, Oxfam publicly released an internal report compiled in 2011 that details the organization's investigation into claims staffers had hired prostitutes while living in one of the charity's properties in Haiti.The report revealed that, during the investigation, three staff members accused of wrongdoing had "physically threatened and intimidated" a witness.In the end, four Oxfam employees were dismissed and three others resigned as a result of the investigation, including the former Haiti country director Roland van Hauwermeiren.The UK charity issued a formal apology to the Haiti government on Monday for their employees' behavior."Oxfam is grateful to the Haiti Government for allowing us the chance now to offer our humblest apologies and to begin explaining ourselves and start the long road ahead of re-establishing trust and partnership, given our 40-year history with Haiti and its citizens," Simon Ticehurst, Oxfam's regional director for Latin America and the Caribbean, said in a statement.

Minister wants commemoration for Poles killed by Nazis in WW2