Written by Kshitij Rawat | Published: February 19, 2018 7:22 pm Wakanda, the fictional African nation Marvel film Black Panther is based in, is one of the reasons the film is so successful.

There is something about fictional worlds that we want to lose ourselves into them. Think Middle-earth, Hogwarts, Westeros, Narnia, the Star Wars galaxy, Valhalla and so on. When we are watching a movie or reading a book that is set in a made-up world, we vicariously travel there and far away, if only mentally and not in body, from the tame world we live in. Wakanda, the fictional African nation Marvel film Black Panther is based in, is one of the reasons the film is so successful. A futuristic city built by using almost alien technology (Wakanda evolved in isolation, so their technology is quite different from the rest of the world) is not everybody’s cup of tea, but the visuals have been lapped up by most moviegoers if box office numbers are any indication.

Many of the most famous superheroes are based in cities or countries that do not exist in real-life. When it comes to Marvel Comics, this is relatively rare. Most Marvel superheroes are based in real locations, with some exceptions like Thor’s Asgard and Black Panther’s Wakanda. DC superheroes, though, are mostly from fictional cities that look like modern American cities and sometimes parallel worlds and alien planets are also used. Here are our top 6 favourite fictional locations. These are not necessarily the locations we would want to live in or even visit, just that they make for immersive experiences when we are reading comic-books, graphic novels or watching movies. There is no particular order.

Wakanda: Let us start from Wakanda. A fictional African nation, Wakanda is hidden from the world and poses as a typical sub-Saharan third-world country. It is ruled by Black Panther, the king and protector who gets the powers of a feline given by Egyptian Goddess Bast. The country’s technology is because of vibranium, the strongest metal known to man and harvested from a meteor that dropped millions of years ago where the country now exists. Wakanda’s technology evolved in isolation and is almost alien to the rest of the world. An American, for example, would be wholly flabbergasted looking at the gadgets and machines.

Gotham as seen in Christopher Nolan’s The Dark Knight.

Gotham: Batman’s city can be pretty much any American city, but it is notable because it is a big, heaving metropolis that is overridden with crime, which is the reason Batman exists. Italian mobsters vie for space with the Caped Crusader’s infamous (or famous, depending on how you look at it) Rogues Gallery of villains like the Joker, Bane, Poison Ivy, and many more. It has been depicted differently in comics and films. Nolan’s The Dark Knight trilogy paints a filthy city with people driven to hopelessness due to crime families like Maroni and Falcone.

Atlantis: A mythical city that is believed to have been existed somewhere in the Atlantic Ocean. In DC Comics, Atlantic is DC superhero Aquaman’s homeland, who is also its ruler. Now underwater, this city has existed for millions of years and was the dominant civilisation of the world – before its downfall and sinking. Atlantic appeared briefly in Justice League, but we should see more of it in Aquaman, the standalone film on the character that will hit theatres later this year. 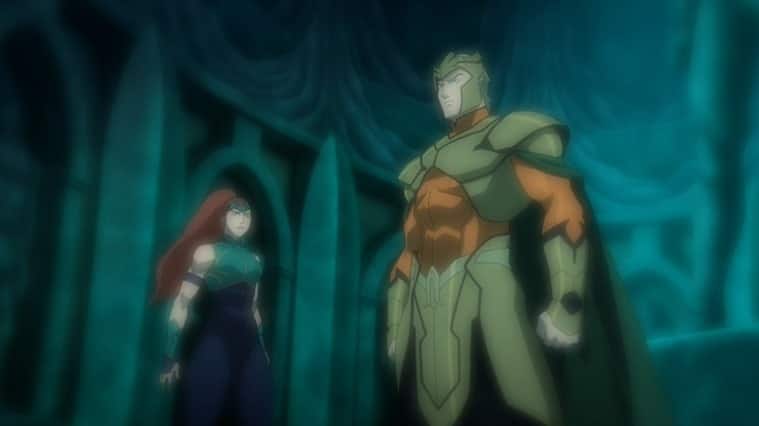 Asgard: Inspired by Norse mythology, Asgard is a location in Marvel Comics. In Norse myths, it is the home of the Aesir, the principal Gods. In Marvel Comics, it is ruled by Odin, along with his songs, the honourable and strong Thor, and the shifty and devious Loki. It is not a spherical planet, but a flat piece of land that floats in space, lit by an unknown sun. It is connected to other nine realms by Bifröst bridge. In MCU, it is a city with golden buildings, and many heavenly objects suspended in the space above it. In Thor: Ragnarok, it was destroyed by Surtur the fire-giant.

Themyscira: Home of the Amazons and of Wonder Woman, Themyscira is a man-less utopian island. The inhabitants of Themyscira were fashioned from clay by Aphrodite, in response to Ares’s (the Greek God of War) assertion that warriors would rule the world with the sword. Over the centuries, Amazons became ace warriors, and also architects. They built imposing and beautiful monuments and a hidden paradise, and lived in peace and bliss, away from the prying eyes of the world. That was until a certain Royal Air Force pilot named Steve Trevors crashed to the island, of course. 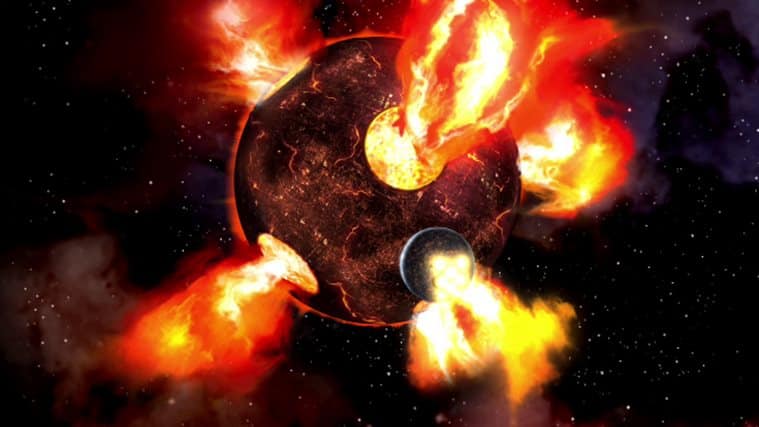 Apokolips: The planet of Darkseid and his lieutenant Steppenwolf (who appeared in Justice League), it is a hellscape ruled with an iron fist by the God of Evil, Darkseid, who is forever hunting for the Anti-Life equation that would allow him to subjugate all reality. Since Darkseid has plans for universal domination, he keeps building instruments of war that would allow him to vanquish all resistance in the entire universe. Apokolips is what would have been to Middle-earth if Sauron had been victorious in the War of the Ring. Of course, this is not a place anybody in their right minds would want to visit, but Apokolips cannot be accessed by conventional means anyway. It is in some other dimension and Darkseid travels between it and other worlds by Boom Tubes, devices specifically built for this purpose. Since Steppenwolf is likely dead, we may expect Darkseid’s eventual arrival in a future Justice League film – that is unless Warner Bros and DC do not abandon DC cinematic universe altogether.

Dance India Dance 6 winner Sanket Gaonkar: My goal is to become a profound choreographer in Bollywood