Marvel Cinematic Universe is one of the most successful film franchises in the history of cinema. Almost all the movies in the MCU have been critically and commercially successful. That is no mean feat since a total of 18 movies have been released that come under the umbrella of MCU as yet. Also, the franchise has also elevated the brand Marvel. While previously nobody knew just who the hell that tinpot Iron Man really was, and why was Captain America so uppity and self-righteous, and the world was under the thrall of Superman and Batman, now it is the Marvel superheroes that have captured the public imagination. There are dozens of superheroes in Marvel Cinematic Universe and most of them have seen considerable character development over the last decade. This is why they have retained the interest of millions of people.

But what about bad guys? Every hero needs a well-developed villain with compelling motivations to be bad, and not just for the sake of it. An ideal villain should have a strong backstory or at least something that convinces the audiences that he or she has a solid reason to be bad, and actually think they are the hero in the story. This is just a typical good villain description, and there are other ways a villain can be good. MCU, as a rule, has lacked good villains. Most of them have been cardboard cutouts, but once in a while, the movies in MCU do deliver the bad guy we deserve. Here are the top five villains in Marvel Cinematic Universe. 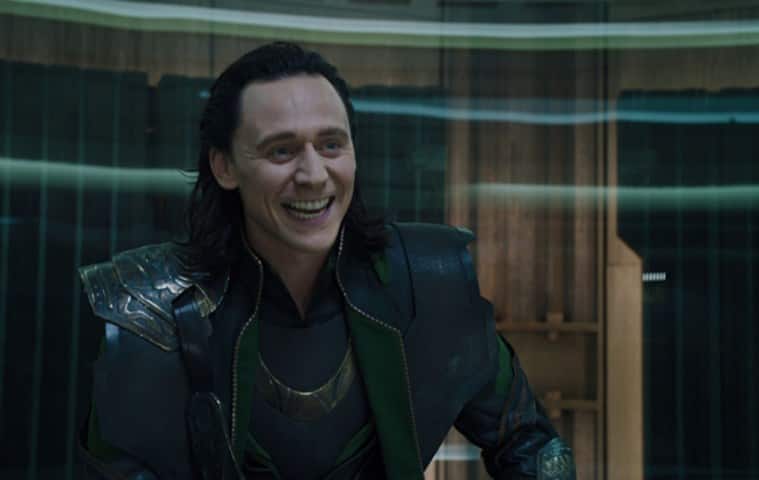 Loki: This was easy. Loki has been the mainstay in MCU since Thor, and there is a reason Marvel keeps bringing him back. Loki believes he was wronged by Odin, his adoptive father. This is why he is perpetually engaged in a war against everybody he knows, including his brother, albeit with a smile. He is a mass-murderer but still manages to earn audience’s sympathy. Tom Hiddleston is perfect in how he channels the unique persona of Loki, complete with the sliminess and the devious grin. Loki may be a good guy temporarily, but he will always return to his duplicitous ways. And the audience knows it.

Erik Killmonger: The newest villain in MCU is also one of its best. First appearing as Andy Serkis’s Ulysses Klaue’s henchman, Killmonger takes everybody (both the audience and other characters in the film) by surprise when he stakes his claim on Wakanda’s throne out of nowhere. Without spoiling anything (this movie just hit theatres), let me just tell you that you, a typical moviegoer, will likely sympathise with his motivations and aims on account of what he has gone through. Michael B Jordan, who was brilliant as Killmonger in the film, had said earlier that he was inspired by Heath Ledger’s Joker and it is patent in his character. Both Killmonger and the Joker are agents of chaos, and both want to, as the Joker said, “upset the established order.” Of course, Killmonger is not nearly as nihilistic as the Joker, but there are similarities.

Hela: Somebody jokingly said that Hela is what Cate Blanchett’s The Lord of the Rings character Galadriel would have been if she had gotten the possession of the One Ring. Joke or not, I realised how true that was. Hela was underwritten, her background was hazy, and her motivations were not as believable, but the character was still deadly and convincing because of Blanchett’s superb performance. Also, her lunatic murderousness suited film’s weirdly funny tone.

Thanos: Granted, Thanos has not yet appeared as the full-fledged Big Bad in MCU. We will not see what he is truly capable of until Avengers: Infinity War, but the character has been a lethal presence behind the scenes ever since The Avengers hit theatres. He pulls the strings and makes others like Loki and Ronan the Accuser dance to his tunes. He is the reason we saw Loki attack the Earth with his Chitauri army in The Avengers. He wants to court Death (at least in comics, and Death is an actual character) and to impress her he commits genocide every now and then. And this is why he is coming to earth to “do it myself” since others have failed.

Vulture: Michael Keaton is a marvellous actor and he is one of the two reasons Vulture is such a great villain. The other is how the character is fashioned. Adrian Toomes in Spider-man: Homecoming is just an ordinary person. He turns to crime to support his team and family. His motivations are just that – to protect what is his own. He is not an evil sorcerer, a cackling demon, or an all-powerful alien with world-conquering or destroying designs. He is just an everyman with a little alien technology at his disposal. As it is often said in Indian political context, “Never underestimate a common man”. A common man who is protecting his family? Nothing could be deadlier.

Rani Mukerji: I curse my husband every day