In this handout image, made from video, provided by OBS-IOC, athletes are introduced during the opening ceremony of the 2018 Winter Olympics on February 9, 2018 in Pyeongchang, South Korea, (Photo by OBS-IOC via Getty Images)

It is time for the 2018 Winter Olympics in PyeongChang, South Korea, and the Olympic Mexico Alpine Ski Team has unveiled their rather unusual uniforms for this year’s competition.

And all we can say is wow.

In the shot shared on Instagram by one of the skiers, Hubertus Von Hohenlohe stands next to fellow skiers Rodolfo Dickson and Sarah Schleper wearing black uniforms covered in giant “Day of the Dead” artwork. It was quite the look.

The caption next to the photo read, “Mexico Ski team Outfits for Peyongchang… .OLYMPICS… Will it be an NBC Podium for best Look……? I gave it all … guess more than in the Gym… ..Gracie Ragazzi at Kappa/KWAY…”

Von Hohenlohe, who has represented Mexico in five Olympic games, did not qualify this year, but that didn’t stop him from making a bold statement. He had a hand in designing this year’s uniforms after being labeled the “world’s most interesting Olympian” following his appearance at the 2014 Winter Olympics in a mariachi-themed ski suit.

And his Desperado-themed uniform at the Olympics in 2010 in Vancouver, Canada. 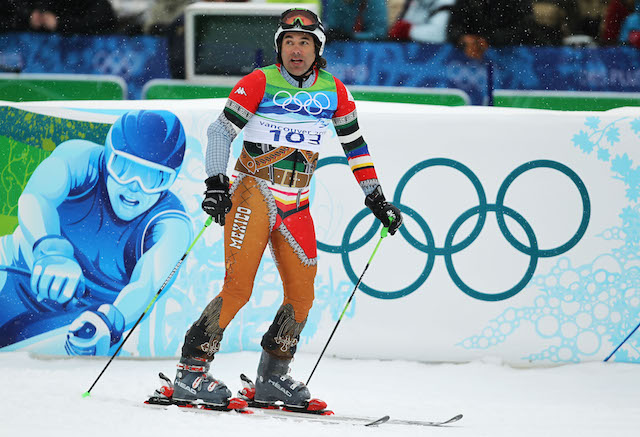 competes during the Alpine Skiing Men’s Giant Slalom on day 12 of the Vancouver 2010 Winter Olympics at Whistler Creekside on February 23, 2010 in Whistler, Canada.