The open letter, which criticized the #MeToo movement and warned about a new "puritanism" sparked by recent sexual harassment allegations, was published Tuesday in French newspaper Le Monde.The group of writers, performers, academics and businesswomen denounced a "hatred of men and sexuality" and the recent wave of "denunciations." Men's "freedom to pester" is "indispensable to sexual freedom," they wrote."Rape is a crime, but insistent or clumsy flirting is not an offense, nor is gallantry macho aggression." A group of around 30 activists, led by prominent feminist Caroline De Haas, responded on Wednesday with a scathing critique, published on France Info. They accused the signatories of deliberately mixing "seduction, based on respect and pleasure, with violence." "Sexual violence is not 'intensified flirting,'" they wrote. "One means treating the other as your equal, respecting their desires, whatever they may be. The other is treating them as an object at your disposal, paying no attention to their own desires, or their consent."They also criticized the letter's claim that the movement risks going "too far," and the suggestion that it's the responsibility of women to protect themselves from intimidation. "When will we ask the question about men's responsibility to not rape or abuse?" they wrote, describing the letter as "a bit like the annoying colleague or the tiring uncle who doesn't really understand what's going on around him."Sandra Muller, founder of the #BalanceTonPorc ("squeal on your pig") movement — the French equivalent of #MeToo — also denounced Tuesday's letter. Speaking to CNN, she described it as "buzz for the sake of buzz" and criticized the signatories, saying "they are just going to sap the morale of the numerous victims who try to have a bit of courage.""Feminism is not about protecting sexual liberation," she added, "but about protecting women." 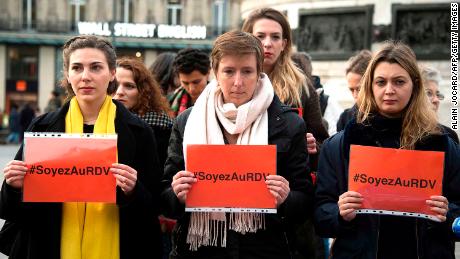 The dispute comes in the wake of the #MeToo movement, which has ushered in a new social climate in which women feel increasingly comfortable to speak out against sexual harassment and abuse. In Wednesday's letter, De Haas and her fellow activists welcomed these changes, but said that "every time that women's rights progress…resistance appears."They see that resistance in Tuesday's letter, in which Deneuve and others argue that while the Harvey Weinstein scandal had led to a "legitimate wake-up call to the sexual violence exercised against women," the "fever" of publicly denouncing abusers "really only serves the enemies of sexual freedom." 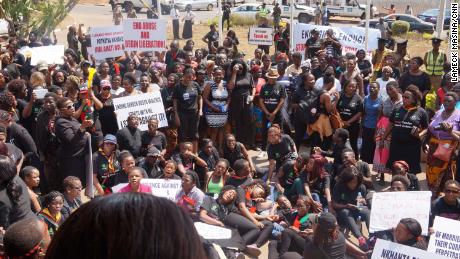 To make matters worse, they wrote, "the movement chains women to the status of the eternal victim" by framing them as "poor little things who are dominated by demon phallocrats."Not only that, but the movement has spawned a wave of hatred toward the accused, they said, who are mentioned in the same breath as sexual aggressors without being given the chance to defend themselves. This new type of "swift justice" has already claimed its victims, they wrote, citing men forced to resign "when all they did wrong was touch a knee." This comment is a clear reference to the resignation of former UK Defense Secretary Michael Fallon, who stepped down in November after admitting to touching journalist Julia Hartley-Brewer's knee in 2002. The article also criticized the "confusion of the man and the work," chastising a campaign to ban a Roman Polanski retrospective at a Paris cinema last November. Deneuve, who has previously worked on films with Polanski, came out publicly in support of him last March amid persistent accusations of pedophilia and rape.

Opinion: Amazingly, some people still think men are the real victims of #MeToo

Blanca Blanco Responds to Criticism for Wearing Red to Golden Globes: 'The Issue Is Bigger Than My Dress Color'