But a building clash in Congress that may reach a critical point over the next 10 days has the potential to disrupt millions of lives, set the contours of crucial midterm elections and profoundly influence Trump's bid to remake America.When Republicans grabbed a year-saving tax reform victory in December, they left a heap of perilous business to fester into the New Year, so keen were they to finally deliver on a key promise to GOP voters.But now the bill is due.Unless lawmakers reach budget deal by January 19, the government could shut down, in a high-risk scenario for both parties and the President that could have expansive political reverberations come November's elections.Republicans, as the party in power, are again under pressure to prove they can govern while securing sufficient wins to enliven their core voters for elections that traditionally deliver a sharp punch for first-term presidents.But Democrats are also under intense pressure — from grassroots supporters who want them to leverage the potential blame Republican Washington could face for a shutdown — to get concessions in a fiery immigration showdown over the Deferred Action on Child Arrivals program.Unless lawmakers intervene, nearly a million undocumented migrants brought to the US as children could see their legal status begin to expire in March as they become victims of Trump's immigration enforcement drive. 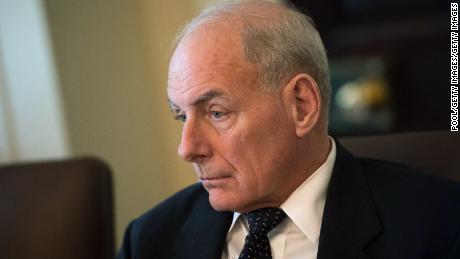 The President is driving a hard bargain but also taking a risk that he could force Democrats, whose votes he needs to fund the government, onto a political limb as he demands $18 billion in funding for his border wall in return for shielding DACA recipients."The wall is going to happen, or we're not going to have DACA," Trump warned at Camp David on Saturday.Sen. Lindsey Graham, R-South Carolina, said, "The wall is a necessary part of this deal because the President campaigned on it."But Democratic Rep. Joaquin Castro of Texas told CNN's Wolf Blitzer on "The Situation Room" on Monday that Trump's demand could derail hopes of a deal with Democrats."We're not going to support a wall across America," he said, before adding: "Remember, the American people already support DACA relief by a margin of 83%."Trump and lawmakers are schedule to meet Tuesday at the White House on immigration.Congress has also still yet to reach a deal to extend a children's health insurance policy for families with no health insurance coverage, that has usually had bipartisan support. And a massive Senate disaster package for hurricane-hit Florida, Texas and Puerto Rico and fire-scorched California has been sucked into the government funding fight.As one congressional aide involved in the funding and immigration negotiations told CNN's Phil Mattingly on Monday: "It's a mess."Another GOP aide said that things "aren't in a good place right now."

Immigration central to base of both parties

In a wider sense, the next few weeks will mark a moment in the spotlight for a political duel taking place in Washington for huge stakes that is often overshadowed by the perpetual seven-alarm fire that is the Trump presidency. 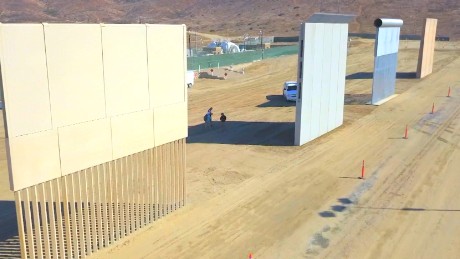 The immigration dispute for instance is so intractable because it is of fundamental importance to both parties. Trump's repeated call for a wall across the border with Mexico was the foundational promise of his campaign. Democrats face a backlash from activist groups for their failure to hold an interim government funding deal agreed before the Christmas and New Year holiday hostage to a resolution of the DACA issue. Hispanic voters disproportionately affected by DACA are critical to building a diverse coalition that could help counter Republican gains in the midwest and build a road to 270 election votes in the 2020 presidential race. 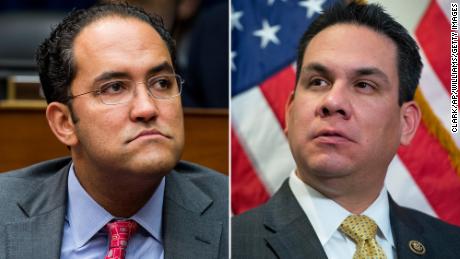 The politics of immigration suddenly got even more difficult on Monday, when the Trump administration decreed that 200,000 El Salvadorans, allowed to work in the US since fleeing earthquakes in their country in 2001 must now leave. The move was one of the most sweeping changes yet by Trump on immigration enforcement — the issue that electrified his presidential election campaign.Trump's Chief of Staff, retired General John Kelly will lead the administration's attempt to broker a compromise on Tuesday with a White House meeting that will include the key voices in each party on the DACA issue.Most Republican lawmakers don't want a government shutdown, and though Democrats believe that the GOP would bear the brunt of the blame, forcing a situation that could delay wages for troops overseas and health payments for veterans for example also represents a significant political risk.The next few weeks will therefore represent a test of nerve for Senate Majority leader Mitch McConnell and House Speaker Paul Ryan — and will also show how much the tax reform victory has built bridges between the GOP on Capitol Hill and the White House. The immigration question reveal whether Trump has won any breathing room with his tax reform win for concessions with Democrats from base-conscious Republican House members who balk at relief for DACA recipients. Trump's rather erratic deal-making skills, that can often knock his own side of balance as much as the Democrats will also be back in the limelight. 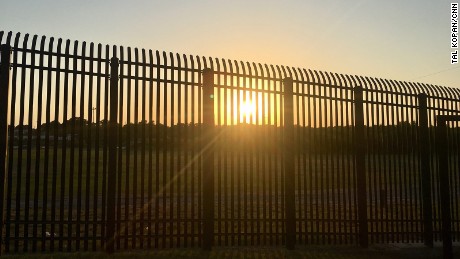 Democrats will learn the potential and the limits of their position in the minority, and must at the very least send some signals of commitment to core voters who will be crucial to their success in November.Given the upside for everyone, some lawmakers are convinced there is a deal to be had, perhaps in finessing the definition of Trump's wall in a broader package of border security enhancements that Democrats could stomach."The president wants $18 billion for border security, Nancy Pelosi wants DACA, it seems we could take those two together and marry them together," Illinois Republican Rep. Adam Kinzinger said on "The Situation Room." "In Washington, D.C., we make things so complicated every day."

When are the Baftas 2018, who is nominated and who is hosting?