Written by Manoj Kumar R | Bengaluru | Published: January 4, 2018 4:04 pm Vikram has three films that are gearing up to hit the screens at frequent intervals this year.

Chiyaan Vikram has three films that are gearing up to hit the screens at frequent intervals this year. All of his upcoming movies – Sketch, Saamy Square and Dhruva Natchathiram will take top slots in a movie buff’s why-I-am-excited-about 2018 list.

Going by the teaser, in Sketch, he plays a rowdy, which has shades of the character he played in 2002 blockbuster Gemini. The film, which has Tamannaah as the female lead, is helmed by Vijay Chander. It was cleared by the censor board with U/A certificate recently paving the way for its release worldwide on January 12, to cash in on the Pongal holiday.

The film has created a good buzz in the market. While it will take a significant number of screens across Tamil Nadu among other films coming out on the same day, it will also receive a strong launch in Kerala. The distribution rights of the Vikram starrer in Kerala have been acquired by Malayalam superstar Mohanlal’s distribution company Maxlab Cinemas and Entertainments, which is co-owned by producer Antony Perumbavoor.

Antony said Sketch will be released on January 12 across Kerala on more than 200 screens, which is huge.

The filmmakers of Saamy Square, in which Vikram plays a maverick cop, has locked the best date for its theatrical release. According to reports, will be released in cinemas on Ramzan festival on June 14. Saamy Square is the sequel to the 2003 blockbuster Saamy, and it is helmed by Hari. According to reports, Saamy Square is set 29 years later and Vikram is said to be playing a double role of the father and the son.

And then we have Dhruva Natchathiram, which easily the beats the other two films in terms of popularity among the moviegoers. The espionage thriller is said to be a trilogy, and it is director Gautham Menon’s ambitious film yet. 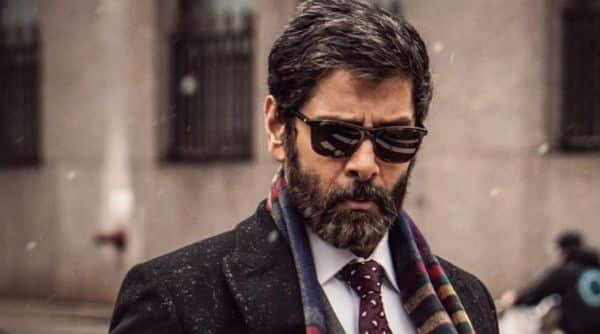 The filmmakers have already caught the imagination of the fans by releasing a couple of teasers. It is in the production even as Gautham currently wrapping up the final schedule of his film Enai Noki Paayum Thotta with Dhanush.

Dhruva Natchathiram is yet to get a release date officially. However, we can expect to see the film in cinemas by October.

2018 Golden Globe Predictions: Who Will Win Big This Year?