After hosting a great birthday party for Adira, Rani Mukerji is up to celebrating Christmas with her Bollywood buddies. The actor has turned Santa Claus for kids of Karan Johar, Yash and Roohi. Rani sent some lavish gifts for the two and Karan was too happy to receive them. The ace director, who has worked with Rani in a couple of films including the iconic Kuch Kuch Hota Hai, shared a picture of the gifts on his Instagram.

Karan also attended Adira’s birthday bash where his two kids were seen bonding with the adorable Taimur Ali Khan. In fact, the two were being showered with love by legendary actor Rekha, who was one of the attendees.

Earlier this week, Karan attended a Christmas party where he reunited with his Student of The Year team, Varun Dhawan, Alia Bhatt and Sidharth Malhotra.

On the work front, Karan will be seen judging India’s Next Superstar. He will be seen co-judging the show with director Rohit Shetty.

As a producer, the filmmaker’s next big project is Student Of The Year 2. Karan has also joined hands with Golmaal Again director Rohit Shetty for a massy action film titled Simmba, which stars the super energetic Ranveer Singh in the lead role. 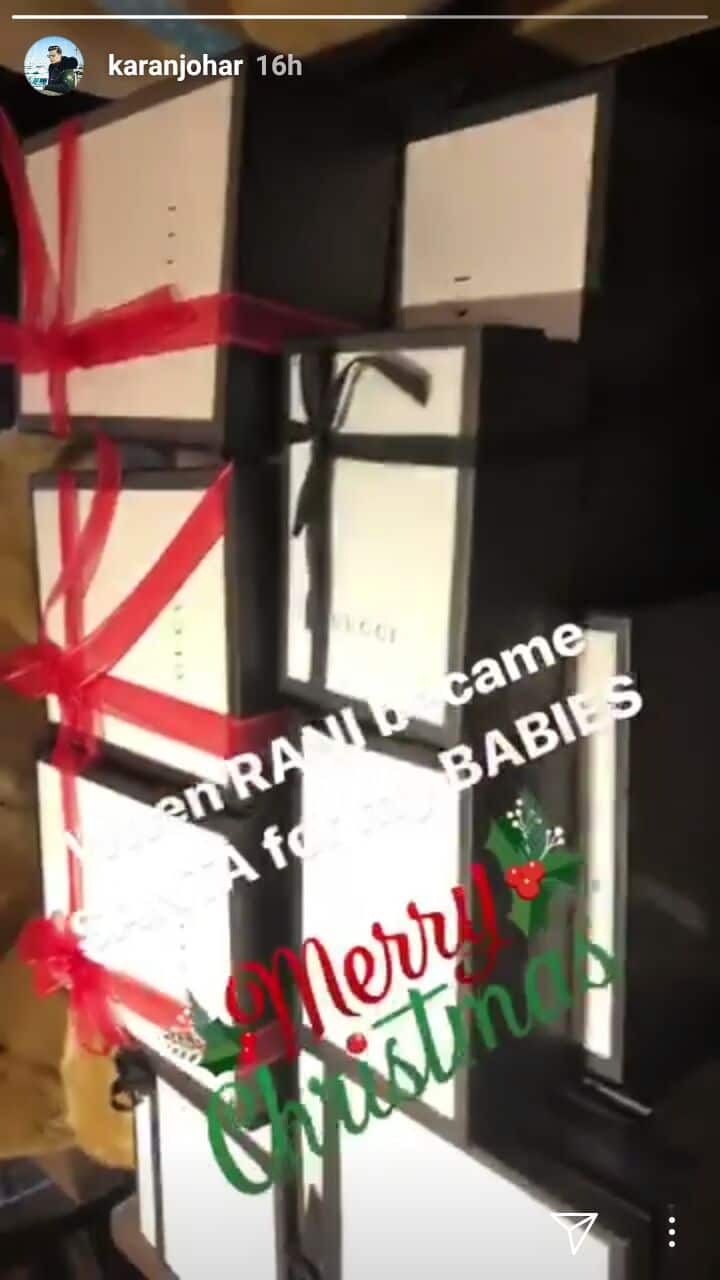 Karan has also turned relationship guru for a radio channel. For 104.8 Ishq FM, the ace director holds a show called Calling Karan in which he shares tips for relationships.

End of an era as Doctor Who gets a new star

Dwayne Johnson confirms he will wear all black at 2018 Golden Globes, as part of silent #MeToo protest