By: Express Web Desk | New Delhi | Published: December 23, 2017 10:43 am Virat Kohli and Anushka Sharma have set the perfect relationship goals for their fans.

The much-loved couple of the country Anushka Sharma and Virat Kohli finally put rest to their many ‘alleged’ and ‘rumoured’ relationship reports as they walked down the aisle in Italy on December 11. The countryside resort in Tuscany hosted close friends and relatives of the couple and witnessed the getting together of two stars of the country. In identical tweets, Indian skipper and the Bollywood actor confirmed the news of their wedding. They wrote, “Today we have promised each other to be bound in love forever. We are truly blessed to share the news with you. This beautiful day will be made more special with the love and support of our family of fans & well-wishers. Thank you for being such an important part of our journey.” Accompanying their tweets were dreamy pictures from their perfect wedding ceremony.

Today we have promised each other to be bound in love for ever. We are truly blessed to share the news with you.This beautiful day will be made more special with the love and support of our family of fans & well wishers. Thank you for being such an important part of our journey. pic.twitter.com/aobTUwMNAK

Today we have promised each other to be bound in love forever. We are truly blessed to share the news with you. This beautiful day will be made more special with the love and support of our family of fans & well wishers. Thank you for being such an important part of our journey. pic.twitter.com/Scobdiqk7l

After the official confirmation, the fan pages of both Virat and Anushka were flooded with the photos and videos of their nuptials. But before taking the ‘saat pheras’, the duo exchanged the rings and took vows of standing beside each other in all good and bad of life. The video of their engagement stands as a proof of them being die-hard romantics. In the video, Virat kissed his ladylove and hugged her. The bright smile on the faces of the couple was the one that could not be missed. Just like the wedding, the engagement outfits of Anushka and Virat were designed by celebrity designer Sabyasachi Mukherjee.

OMFG They kissed and hugged each other. And “PERFECT” song is playing in the background!!#VirushkaWEDDINGpic.twitter.com/ELJybbFdxQ

The camera lens also captured moments from Virushka’s Haldi and Mehendi ceremony. Just like any other Indian wedding, Virat and Anushka’s wedding ceremonies were performed according to Hindu rituals and the bride and the groom made some of the best memories of their lifetime in the foreign land. Virat’s Haldi ceremony had him blushing but the cricket star didn’t miss the fun and flaunted his moves even then. Later, he joined his ladylove for the Mehendi ceremony and his loving gaze at Anushka as she applied Mehendi on her hands made all fall in love with their love story.

Then came a moment when Virat won over fans with his display of love for Anushka and made it much clear that he can’t just have enough of her. Amidst the wedding ceremonies, Virat in the sweetest gesture of love sang Kishore Kumar’s “Mere Mehboob Qayamat Hogi” while his friends and relatives made videos of him.

Finally, the couple took off for a new journey of their life and the videos of ‘vidaai’ left the fans of Pari actor, Anushka emotional. In the video, which went viral on the social media circuits, Anushka was seen bidding an emotional farewell to her family members.

After all the tiring wedding ceremonies, the couple spent a few days together before returning to the country. Anushka who unlike Virat has been less expressive of her love publicly, for the first time shared a picture of her with husband Virat from the snow-capped mountains. Decked in their woollens and standing close to each other, Virushka looked completely adorable. While we cannot miss Anushka’s bridal Mehendi, Virat’s eyes spoke volumes about their love. Anushka wrote, “In heaven, literally

Their wedding might have been the most intimate affair, but the couple planned to treat their friends and colleagues from their respective industries in the most lavish affair. The invites of their wedding receptions in Delhi and Mumbai spoke volumes about the grandeur of the celebrations. The duo returned to Delhi a couple of days ahead of their reception on December 21 and the photos of them spending good times with their family were shared on the social media handles.

Then came the day of their Delhi reception. Prime Minister Narendra Modi was one of the many dignitaries who graced the occasion and blessed the newlyweds for a great future ahead. Cricketers Shikhar Dhawan, Suresh Raina and Gautam Gambhir also came to join the Indian cricket captain in his happy moments. As usual, a day after the grand party, the fan pages of both the stars were flooded with the photos and videos from the reception. Virat and Anushka danced like no one’s watching and visibly were the happiest in each other’s company. A day after the Delhi reception, now the couple is off to Mumbai to host another gala night for Bollywood and cricket stars. The Mumbai reception will take place on December 26 at the St. Regis hotel. 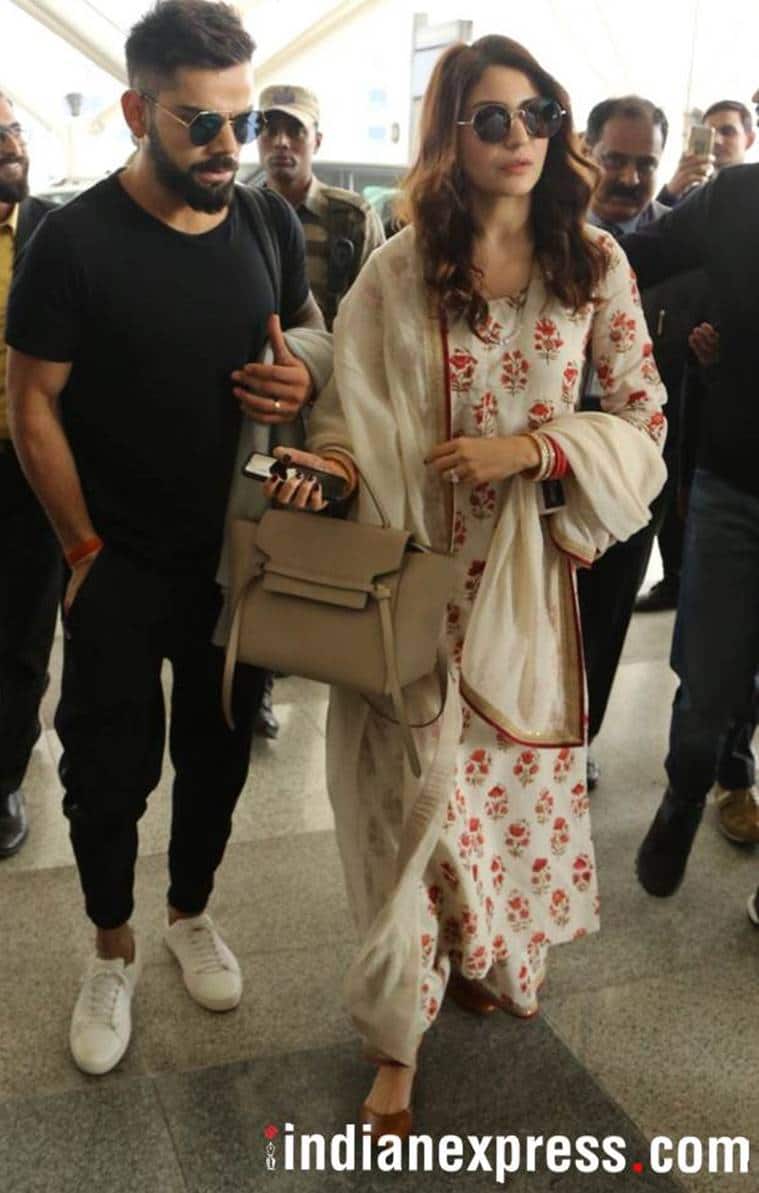 The couple will travel to South Africa on December 27, where Virat will start preparing for the upcoming series for two months, which includes three tests, six One Day Internationals (ODIs) and three Twenty20 international matches. Anushka will return in the first week of January to begin the next schedule of Anand L Rai’s film with Shah Rukh Khan in Mumbai. She will also start prepping for Sui Dhaaga starring Varun Dhawan, the shoot schedule of which begins in February.

The post Virushka wedding: A timeline of Virat Kohli and Anushka Sharma’s ‘happily ever after’ appeared first on News Wire Now.

Ekta Kapoor on making BCL obligatory for all her actors: It’s not asking for too much